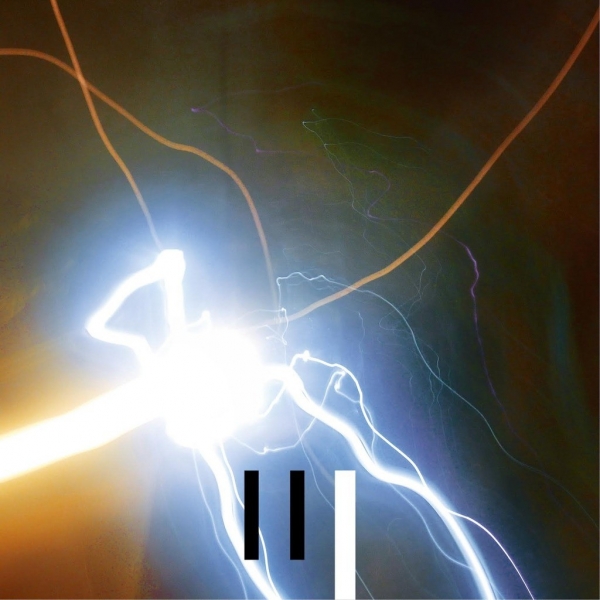 Techno’s appeal is often its inhumanity. Recondite, Shed, or Surgeon make fine-tuned, precision instruments with which to beat you over the head. It’s about total submission, as the listener becomes a part of the machine’s inner workings: a machine seemingly more engineered than written.

Whilst that has never quite been the modus operandi of Heinrick Weber (Pantha Du Prince), his music has never yet borne a human face. Rather than muscular, robotic creations, his were mathematical in nature, but tapped into the golden ratio: star filled vistas full of twinkling bells, forming constellations from polyrhythms. They were beautiful for that: but they remained slightly distant, somewhat lifeless.

Perhaps the tin man is an unfavourable comparison to Scott Mou (of Queens) and Bendik Kjeldsberg (of The Bell Laboratory). Neither lacks brain nor courage. Perhaps better would be to talk of a star man making human contact, to form the Triad central to Weber’s latest project.

In his own words, 2010’s breakout Black Noise was ‘about me being alone in a small room’. The Triad is about ‘jamming’. The three collaborators coming together to create the moment of charge shown on the cover, subsequently captured. Dusty synthesisers like the CS-80, ARP, and even Synthi 100 replace the digitally snipped and manipulated sounds of previous releases, and the result is as much jazz-jam as it is techno.

Whilst the album that unfolds is a world away from his early cloistered minimalism (it’s maximalist, sometimes poppy, and yet as complex and evocative as ever), it synthesises two strands of his sound: the glacial beauty and the underground crunch of heavy machinery. Lightly coat it with a plaintive vocal, reverb drenched, and you have a new breadth, more textures to play with, more capacity to excite. Yet the sound remains entirely, distinctively, his.

Opener "The Wynter Hymn" begins in crystalline form, Mou’s voice up in the ether, lends human, almost spiritual warmth. It fits, nestled above Weber’s trademark chimes, and the same vocals give sad-sack-tech-banger "Frau im Mond, Sterne Laufen" a kind of Gregorian religiosity. Whereas between the two, ‘You what? Euphoria!’ bubbles and pops with an almost childlike wonder, living up to its name. The heavenly saccharine synth of ‘In an Open Space’ rapidly fractures into banjo-down-a-staircase electronic pulses: but once its Escherean edges are smoothed by the vocal, and the synthline reforms for the rousing chorus, all bets are off.

It’s closer to someone like Junior Boys than Ricardo Villalobos, and signposts an album that delights in making unexpected twists and turns. 10 minute oddesy "Chasing Vapour Trails" is perhaps the highlight. A brash body pop techno becomes obscured by a white noise blizzard, one that you don’t realise was there, until the fog clears to the sound of a deep, swaggering bassline. It’s a drop of near EDM calibre, yet done with such subtlety it somehow sneaks up on you. It segues slowly into a reverberating electropop number with the slightly vocoded lyrics: '‘we will fly you to the moon". Over the trademark bells, it completes the last stage of takeoff, into pure euphoria, and neatly encapsulates Weber’s career to date.

The charm in that track is, in microcosm, the charge that runs through the whole album. It has this live, skittish energy as ideas form, are discarded, reform as inspiration and improvisation dictate. It holds your attention, because it’s a bucking bull that could any moment throw its riders as it crashes through genres but somehow doesn’t.

‘Dream Yourself Awake’ is a jackin’ tech which gets the electropop treatment, ‘Lions Love’ has a synthline that could be Coldplay but winds up sounding like Gui Boratto (and is sure to become a sunrise summer anthem, up and down the Croatian coast this summer). Closing track ‘Wallflower For Pale Saints’, not only reads like a band I would have liked when I was sixteen, but sounds like one in the best possible way, layers of delay and echo even sounding like the rose tinted glasses.

It also reminds me of a festival I went to around that time, and that’s perhaps the crux of the album. It evokes in me a feeling. I don’t remember what band I was watching at that festival, or who I was with. In reality it probably isn’t a real band but a blurring of all the bands I was into back then. It just pulls on the same heartstring, and I’m back. I just feel it.

And that’s just what this album’s got. A heart. Mathmatical, mechanical parts that once evoked landscapes, snowscapes, a view frozen in time now evoke emotions and memories. Fleshy stuff, any mistakes made with a smile. It’s that searched for human touch, something no mere tin man could create.