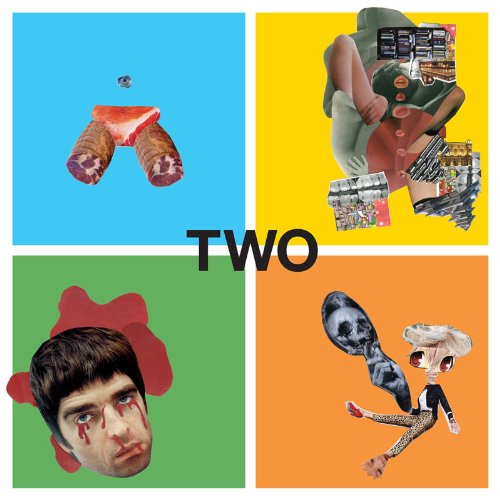 Sometime after the dawn of the new millennium (that opening is a little more grandiose than intended, please ignore it) a friend made me one of those priceless mixtapes that’s like a treasure map pointing you towards a load of great music (thanks Jonny). Amongst the tracks were “Never Meant” by American Football and “AOK” by Cap’n Jazz, the first a yearning yet propulsive break-up song up with one of my all-time favourite riffs and the second a lo-lo-fi punk number with slurred vocals and a jazz-funk false-start. Although on first impression completely different, research soon showed that both pieces flowed from the same source. Brothers Mike (drums) and Tim Kinsella (vocals and guitar) played in the heavily revered Cap’n Jazz and Mike later led American Football.

Further investigation revealed their links to a raft of Chicago-based acts – Joan Of Arc, Ghosts & Vodka, Owen, Friend/Enemy – essentially a scene based around a handful of players in different combinations. Now, with some perspective, earned from years of listening to music from many of these projects I can confidently state that Owls’ 2001 self-titled debut is my favourite thing to be released by any of them. Featuring four out of five members of Cap’n Jazz – the Kinsellas alongside Sam Zurick on bass and the mercurial Victor Villarreal on guitar – Owls recorded that album in 5 days and split up not long after, the members rearranging themselves into yet more configurations and collaborations.

Fast forward thirteen years, and almost from out of nowhere comes Two – same line-up, almost the same distinctive artwork with four bizarre photo collages on four brightly coloured backgrounds (though this time round one of them involves Noel Gallagher crying tears of blood, obviously). Although 2010’s Cap’n Jazz reunion (coinciding with the release of the essential discography collection Analphabetapolothology on Jade Tree) may have hinted at the possibility of this, Owls always seemed like a one-off, despite the fact it’s become one of the most well-loved and mythical releases in the Kinsella canon. In fact, at a rare London Joan of Arc show in 2011, it was telling that the two Owls songs they encored with got by far the biggest cheer of the night.

A heady mix of dread and excitement always accompanies the first listen to a cherished artist’s comeback album, and this is no different. It doesn’t help that “Four Works of Art…” is a curious, somewhat flat opener, especially compared to the head-turning jazziness of ‘What Whorse You Wrote Id On’, which kicked off Owls. Over a nagging guitar line, Kinsella mutters something about the head of the CIA having an affair with their own biographer, while bass and drums bounce along like Gang of Four. “I’m Surprised…” is a much better introduction for the uninitiated – though that’s probably just me saying that it sounds more like the first album – in particular the euphoric outro and squally ending is sublime, making thirteen years feel like nothing. Tim Kinsella somehow manages to wring emotion from fantastic nonsense like “I carry chocolate with me everywhere/I sing like a crooked seahorse/I float like a cello”. Indeed if Villarreal was the star of Owls, Kinsella takes centre stage for Two, with some of his best vocal performances and lyrics in years (“Like a mask made of dry spaghetti” on “This Must Be How…” springs to mind). Incidentally, I’m not being lazy by writing the titles like that, as all the songs are named after their first line following by an ellipsis – I imagine that’s down to years of being accused of having long, obtuse titles (Cap’n Jazz’s only LP was called Burritos, Inspiration Point, Fork Balloon Sports, Cards in the Spokes, Automatic Biographies, Kites, Kung Fu, Trophies, Banana Peels We’ve Slipped on and Egg Shells We’ve Tippy Toed Over by the way).

“The Lion…” is the most successful combination of old, twinklier Owls and harder-edged new Owls, the latter of which takes over on the second half of Two. Again, I’ve no idea why Tim is singing “The lion and his trainer at the circus/the lion and his keeper at the zoo”, though as Stewart Lee says, if it’s got animals in it, it must be satire. Nevertheless his timing and phrasing fit the stop-start, quite-loud dynamics perfectly. “Why Oh Why…” contains great examples of Victor Villarreal’s trademark spidery guitar work but as we move into the second half of the album, the band experiment much more with unfamiliar forms. The crunchy math of “I’ll Never Be…” and the slinky groove of “Oh No, Don’t…”, coming on like a post-hardcore “Fool’s Gold” point toward a group of musicians uninterested in rehashing old successes

Reportedly the making of Two was fairly fraught and drawn-out, which perhaps explains why it lacks some of the first record’s energy and virtuosity. However, Two remains a joyous listen considering how little chance there was of it even existing a few years ago. Indeed, Tim Kinsella sings one of his most touching lines on “Ancient Stars Seed…” – “We’ve never had nice stuff/we’ve never owned a nice thing” – with the pathos of someone who has struggled to tour their battered equipment round the world, probably watching plenty of their support bands go on to make money. In short, we should be thankful we have bands like this at all and here’s hoping that these four can manage to keep it together so that we don’t have to wait until 2027 for Three.