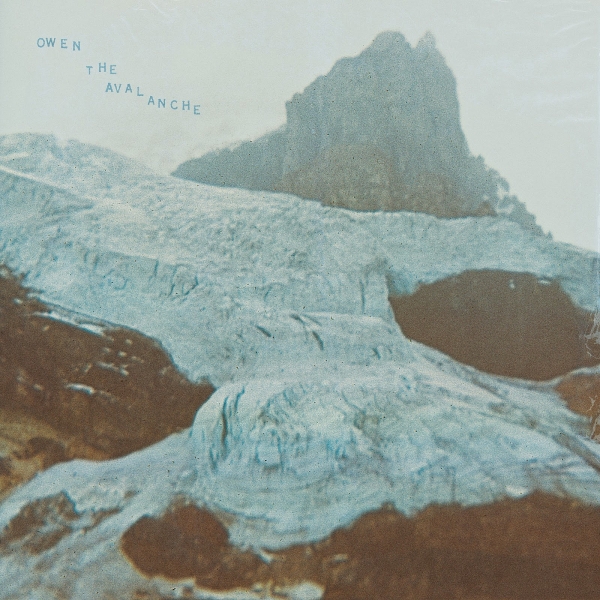 ​“I’m in therapy” admits Mike Kinsella on “The Contours”.

For anyone familiar with any of Kinsella’s work, this kind of frank lyricism won’t be a surprise.

Cropping up on the fourth track on The Avalanche, the latest album from his long-standing solo project, Owen, is best viewed as an evolution of, rather an extension to, his work in seminal emo/indie bands such as American Football or Joan Of Arc. Kinsella has released a steady stream of albums under the Owen moniker for almost 20 years, creating a more autobiographical body of work than that of his many other outfits.

In that respect The Avalanche is no different. Nine songs of exquisitely crafted acoustic indie rock that wears its heart, sometimes painfully, on its sleeve. Where it does differ however, is the dark depths of his own psyche to which Kinsella travels. Eschewing his trademark intricacy and off-kilter time signatures in favour of wider, more sweeping arrangements, Kinsella is afforded the chance to let his lyricism really take centre stage.

And well he might. Though the lyricism and imagery present across The Avalanche might be some of Kinsella’s bleakest, and a stark contrast to the soft subtleties of its instrumentation, it’s also some of his strongest and most transparent, and third track "On With the Show" might well be the best example of this.

Four minutes of loping bass and jangly guitars, all backboned by understated percussion, musically it’s the most upbeat track here. Lyrically however, it addresses crushing failure and the anxieties that brings with it; the perfect juxtaposition in what’s an otherwise a buoyant offering.

Elsewhere there’s moments of quiet resignation ("I Should Have Known"), depression ("Dead for Days") and self-acceptance ("I Go, Ego"), and while it seems there’s very little in the way of optimism, The Avalanche isn’t so much a morose record as it is a truthful one; a window in to the recent life of one Mike Kinsella. The journey is heavy going, though not nearly as heavy as that which Kinsella has lived through, and while it’s never pleasant to ruminate on the emotional turmoil that others have suffered, it’s hard to imagine Owen releasing a record this strong if everything had been peaches and cream.