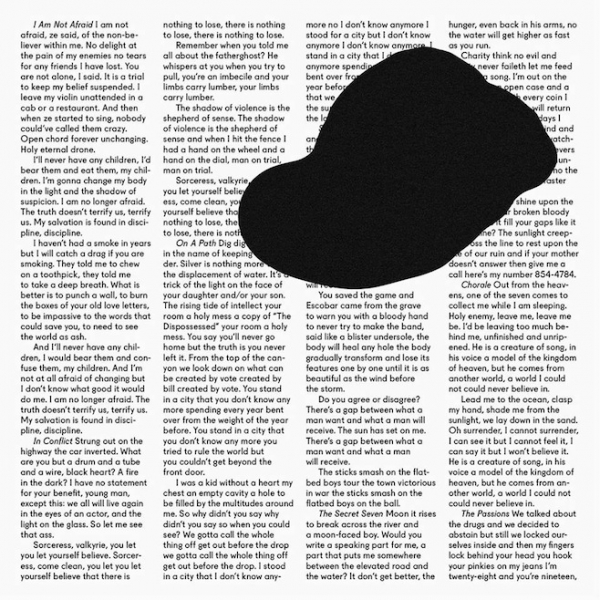 It’s been four years since Owen Pallett’s last full length release, a torturous wait for fans of his 2010 album Heartland or indeed his work under the name Final Fantasy which preceded it. The delay is understandable. Owen Pallett is much much more than just a solo performer. In the intervening period, the Canadian violinist and composer has worked on string scores for The National, Alex Turner, R.E.M and Arcade Fire (to name but a few) and has scored films including Spike Jonze’s latest Her in collaboration with Win Butler of the aforementioned band of Canadian royalty.

As a composer and violinist, Owen Pallett is held in the highest regard by his contemporaries for his accessible arrangements, as a songwriter he’s generated a

clamourous fan-base through his heart-on-sleeve lyricism and effortlessly beautiful compositions.
2010’s Heartland was a masterpiece of orchestral pop, string arrangements cinematic in scale bristling under Pallett’s deeply personal lyricism and low-key vocal delivery. Perhaps most striking was the dynamism so often lacking in modern records. Where most contemporary music is squeezed and squashed to remove any quiet sections that might get lost on radio, Heartland held more in common with classical recordings where dynamics are key, each delicate lull and rousing swell kept beautifully intact.

Thankfully, In Conflict retains this sense of ebb and flow, delicate dynamics running throughout the instrumentation. The orchestral elements typified in Pallett’s earlier recordings are just as prominent, strings and horns forming the backbone for the most part. Interspersed with abstract electronic elements, percussive blips and pulsing synth melodies (perhaps influenced by album collaborator, Brian Eno), In Conflict seems to hold as much in common with Four Tet as it does with Steve Reich. The two interludes/unnamed instrumentals are proof positive of this intoxicating mix, bird song, animal calls and reverberant clicks dancing playfully around lush orchestral arrangements.

Lyrically In Conflict is as profound and personal as we’ve come to expect from Owen, tackling mortality and self-doubt with a startling honesty that’s almost uncomfortable at times, “some days I feel like the end of mankind and some days the beginning”. Songs like “The Secret Seven” deconstruct our surroundings with a child-like sense of wonder and fear, whilst “Song For Five & Six” echoes these feelings of dread as Pallett croons “At five and six even as a child you felt the terror of the infinite”. Depression, addiction, love and loss are all themes dealt with as nonchalantly by Pallett as Katy Perry singing about boys.Following Heartland was always going to be tricky for Owen Pallett, bettering such an accomplished record poses countless challenges. But perhaps the success of it’s predecessor is In Conflict’s biggest asset. This time around, Pallett sounds somehow bigger. Vocally, his previously timid delivery is stronger and more accomplished whilst the arrangements sporadically trade subtlety for exuberance (see the bristling, almost industrial sounding, “The Riverbed” or the bold arpegiatted synths on “Infernal Fantasy”) to jolt the listener back into consciousness. Pallett’s live shows have always been his showpiece, violin loops and synths giving new energy to his recorded sound, but on In Conflict the Canadian composer has managed to translate that energy into his recordings ,making his music as invigorating as it is soothing, as exciting as it is impressive and as complex as it is accessible. Here’s to another four year wait.