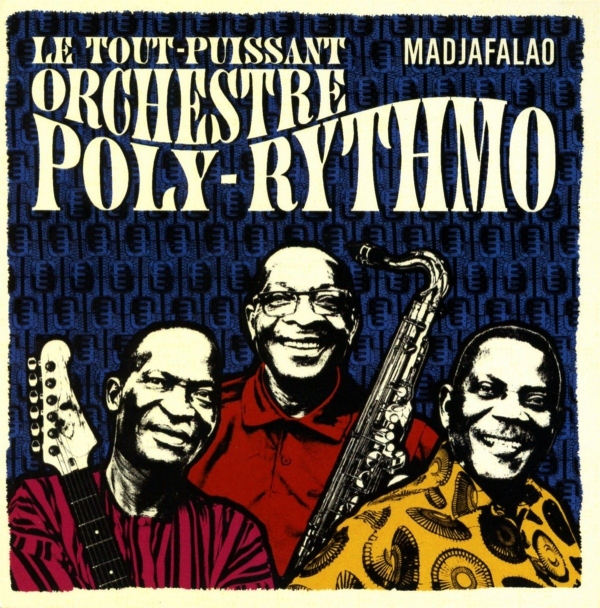 ‘Orchestre Poly-Rythmo de Cotonou’. An orchestra, trading in densely layered rhythms, from the Benin costal town of Cotonou. Lacking a little something in the way of pizzazz, non?

No mind. Like a speakeasy’s exterior, that name—nondescript, functional, forgettable even—disguises a music that could bring a Cheshire grin to the most pitiful mog. This music takes its cues from Afrobeat, from Ghanaian highlife, from American funk and soul, and, crucially, from West African vodoun (‘voodoo’). And voodoo, with all its spiritual connotations – that’s much closer to the actual experience of Orchestra Poly-Rhyme de Cotonou.

Call-and-response vocals stretch out over beds of scratched guitar and effervescent hand percussion, the euphoria of it all punctuated only by interjections from a jubilant brass section (“Omonyi", “Heritage”). Parts lock in circular motion, but not rigidly, certainly not metronomically. At its best, as on the gleeful “Finlin ho”, the band’s individual components coalesce into one living, breathing, fluctuating organism.

Their aptitude shouldn’t be surprising: this a historic Benin band—at 50 years old, an institution—that have recorded for countless labels across West Africa and further afield. Their story is one of hard-won status: near-relentless recording and performance in the 60s and 70s brought them popular acclaim, and on occasion, into the orbit of Fela Kuti. Later, Benin’s Marxist-Leninist government, an associated period of economic hardship, and the deaths of several band members led to an indefinite hiatus. It required an uptick in interest in the music of West Africa, a slew of reissues, and ultimately, a renewed interest in the band themselves to finally bring them back together.

It’s almost surprising to find that the event which separates Madjafalao from the group’s last record, 2011’s Cotonou Club, is the death of singer/guitarist and founding member Mélomé Clément. To the ears, at least, that hasn’t seemed to slow Orchestre Poly-Rythmo de Cotonou one jot. An invaluable antidote to our bleak European midwinter, Madjafalao has warmth and joy in spades.