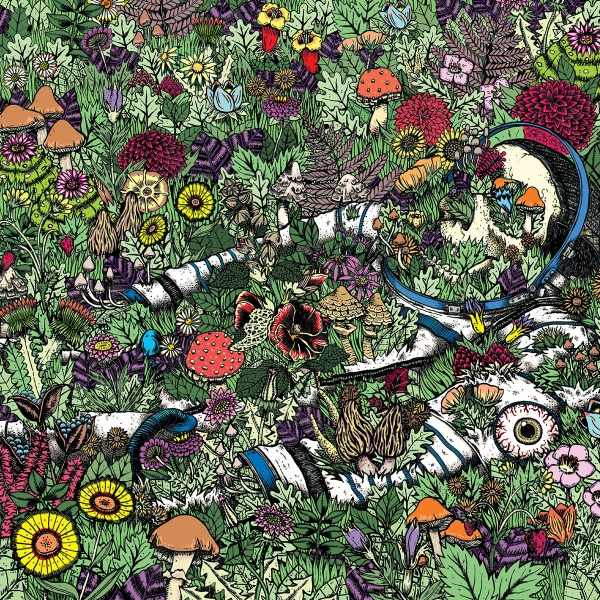 Returning with their third effort on hometown label Thrill Jockey the Chicago trio unleash another blast of ferocious hardcore sludge. Or as Zack sums it up: “It’s a culmination of nihilism, yeah-dude radicalness of the early 90s, and the belief that taking anything too seriously is a guarantee it’ll suck.”

And just as billed, it doesn’t suck. Far from it as it shows a remarkable advancement in the band’s no-holds barred approach to making loud music. It may sound much more slick. And the mix is a lot less noisy and raw. But don’t be fooled – the tunes are just as brutal and punishing as ever, while that superior production allows the tunes to breathe in a novel way.

The band spent four full days in the studio – four times longer than on their 2013 debut, Retrash, it’s worth pointing out – and the resulting extra attention to detail shows. It also helps that the songs are stronger than ever. Take the eight-minute "Weather Tamer". It’s not only as tightly-coiled as a starving rattlesnake it shows the band manifesting a studied patience that is impressive in its potent restraint.

Dig deeper and the song tells an interesting tale. Zack reveals it’s about Oklahoma senator James Inhofe who penned a hilarious book about global warming called, The Greatest Hoax. The Republican senator continued his scientific erudition on the Senate floor last winter when he used a Washington DC snowball to disprove the theory of climate change. “When we don't have fresh water anymore and all the coastal cities become water parks, you can thank this shit stain of a human,” Zack adds.

The flip side of the Oozing Wound song-writing coin is the sub-two minute "Eruptor" with its cyclical brain-melting riffs and almost prog rock-esque technical chops. Yet it thrashes just like the Oozing Wound of old. And like all ten songs on the album it displays their great sonic power – the fat basslines from Kevin Cribbin, tight chunky drumming from newcomer Casey Marnocha and the ever feisty guitar work from Zack resulting in some tremendous rock.

The band have hitting a rich vein of form on Whatever Forever. Form which was only ever hinted at in their previous releases, but which is now fully realised. Perhaps I should just leave it to Zack to sum it up? “The same people made it, but we all got BETTER this time, not worse.” Got it?