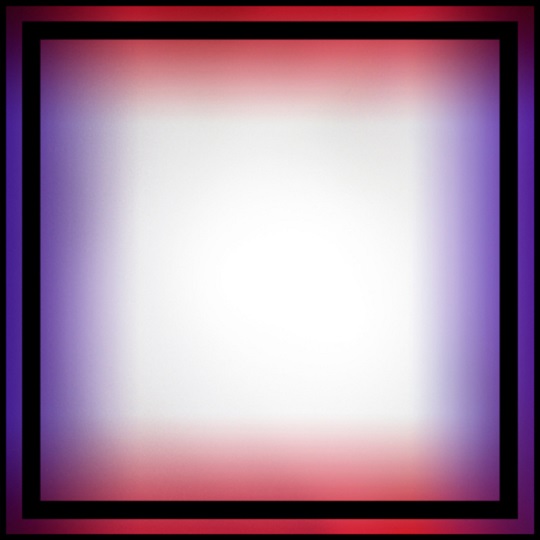 The line is a faint one; the leap short and shallow; we toe the edge far closer than we imagine. Consider Raskolnikov from Dostoyevsky’s Crime and Punishment, a student unwittingly turned murderer, struggling to construct his moral justification and against the psychological onus of guilt. Or, dreadful as it may be, take the slide of an unassuming girl into the heretofore unconsidered kinky sex of 50 Shades of Grey. Everyone has a dark, unchaste, even nefarious side to them and the switch is a surprisingly light one, which is of particular interest to Katherine Mills-Rymer, OOFJ’s siren-like vocalist.

The synthpop duo, the mélange of real-life married couple Mills-Rymer, a South African, and Danish instrumentalist Jenno Bjørnkjær now stationed in Los Angeles, explore the silhouetted back-alleys of the mind across the ten tracks of their sophomore effort, Acute Feast. An aptly titled joint, Mills-Rymer cooks up an absolutely decadent soufflé of self-deception, sex, double lives, and more sex while underpinned by Bjørnkjær’s electronic kaleidoscope of sounds. Trained classically and in jazz, Bjørnkjær sports an uncanny knack for textural layering, juxtaposed tempos, and spotless shifts in dynamics, all grounding Mills-Rymer’s airy coo.

Like similar duos, the challenge for OOFJ is to keep the proceedings fresh within their relatively fixed confines, a task that Bjørnkjær, in particular, toes up to in impressive fashion. He consistently offers Mills-Rymer an ideal foil, from the string-laden cinematic sweep ballasting the deceptive psychological intrigue of opening duo “You’re Always Good” and “I Forgive You” to the carnal throb gyrating beneath “Snakehips” and “Cherry”. Mills-Rymer’s obvious touchstone is Portishead’s Beth Gibbons, and while she faithfully apes Gibbons’ breathy coo and penchant for sinister detachment, Mills-Rymer injects OOFJ with the added dimension of lust, thinking not only with their noggins but their nether-regions as well. Case in point, the aforementioned latter duo where she breathes, “put your tongue onto mine / move your hand up my thigh” on the slinky “Snakehips” or points out that “your skin tastes like mine” in recognizing her partner’s predilection for illicitness in “Cherry”.

While Bjørnkjær makes a fantastic go at changing up the scene from song to song, driving into the closing pair of “Sailor” and “Stephen Says”, Acute Feast threatens to sink beneath the weight of its dizzying electronic arrangements, float away on Mills-Rymer’s wafting vocals, or be torn in two by the tug of war of each these. Thankfully, the final pair of tracks tosses in the sonic curveballs of “Sailor”s saxophone interludes and “Stephen Says”s acoustic guitar backbone, providing a much needed breath of fresh air. If there’s a complaint, it’s that OOFJ either pull out more of these tricks from up their sleeve or sequence them accordingly to provide a more even respite for the listener.

We all know the cringing, clichéd meme of the sophomore album, so as far as that goes, OOFJ has performed more than admirably on Acute Feast. Just like from song to song on the album, as is typical for synthpop duos, the challenge for OOFJ now is to continue on from album to album with fresh ideas, both lyrically and musically. Acute Feast’s closing duo indicates that OOFJ is already firmly on to that next step, and with Bjørnkjær’s musical pedigree and Mills-Rymer’s effortless survey of the interminable well-spring of the human psyche, the twosome have it in the tank to keep it churning.

Bjørnkjær dryly suggested in an interview that, "Showering before going out to our music is great, maybe, it's slinky - a normal yet sexy thing to do", I’d suspect you’d need to turn that dial all the way down to cold if you opt to suds up alongside Acute Feast and probably never make it out then anyway.