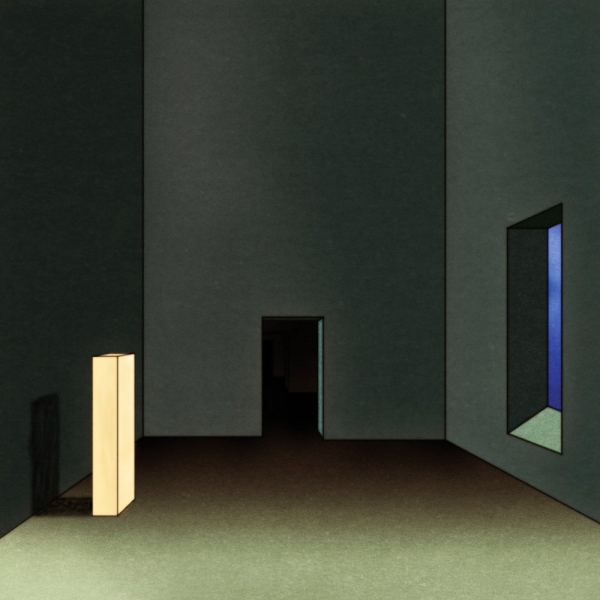 Daniel Lopatin mainly plies his trade under the name Oneohtrix Point Never, Ford and Lopatin collaborations with Joel Ford aside. R Plus Seven is his first release since signing to Warp, and his fifth Oneohtrix… album in total. That Lopatin has also turned his hand to a number of scores and soundtracks (most notably for this year’s The Bling Ring) comes as no surprise. This is music void of its own narrative, and as such is of the kind which generally lends itself well to accompanying the stories that are told by others.

Instrumental, amorphous, constantly shape-shifting and only keeping to the most shadowy of structures, R Plus Seven is more a collection of atmospheres and moods than anything that can sensibly be organised into “tracks”. Full of refracted snippets of spoken words that alternately disorientate and punctuate, laying down markers across the ambient noise, the music might start off appearing hard to engage with. Gradually, gently, though, elements break free, bob to the surface and succeed in resonating.

So the solemn organ chords that open ‘Boring Angel’ bring gravitas, echoed in the solemnity of the darker moments encountered in ‘Zebra’, say, or the vocalisations towards the end of ‘Still Life’. Contrasting with this are the sweetness of the chirrups that ornament ‘Americans’, ‘Inside World’ and (again) ‘Still Life’, which contribute to the impression that some kind of magical or enchanted world is being evoked – complete with strange, possibly-monstrous creatures snuffling and grunting (‘He She’).

The mood never really pitches into the sinister, though, and often elicits a sort of sparkly, twinkling delight, particularly in parts of ‘Inside World’, ‘Along’ and ‘Chrome Country’. The only concrete, audible lyric is the arresting, clearly-articulated word “Wait”, pronounced – almost declaimed - in the middle of ‘Problem Areas’. If it brings the listener up short, then that is because elsewhere every use of the human voice has either been cut up, played backwards or heavily disguised, with an effect similar to that of trying to listen to a conversation from underwater.

And perhaps that’s what makes the album such a pleasing listen. Revel in the moods and noises, go with the ebb and flow of mood, pace and dynamic, conjure up your own tales to tell around its sounds: this is music with elastic boundaries, that will accommodate the interpretations that you choose to place on it, and bear them with a surprising lightness of touch.