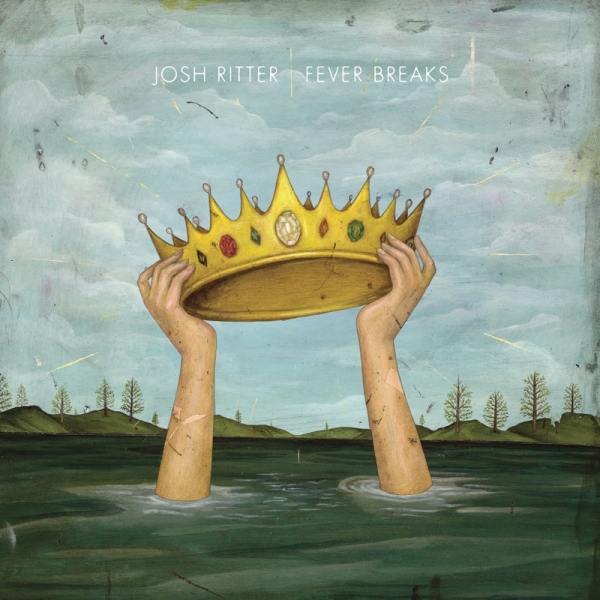 Josh Ritter is a prolific musician. This year marks his twentieth as a folk troubadour, and Fever Breaks is his tenth album. It’s an impressive output, and what’s even more impressive is that never have Ritter’s standards slipped even a notch from the height he set them at all those years ago.

In fact, with his last three albums – arguably his best – he’s astoundingly managed to actually raise those standards. The Beast in Its Tracks, released in 2013, was raw and beautifully stripped-back, revolving around his recent divorce. Largely just Ritter and an acoustic guitar, he wore his heart on his sleeve, and was as revealingly introspective as he’d been in a long time. Two years later, with Sermon on the Rocks, he practically did a 180, trading in his acoustic guitar for his backing band The Royal City Band, and channelled what he called “messianic oracular honky-tonk” through a lively persona. In 2017, he then released Gathering, a reflective, intimate, gospel-tinged work. All that was missing was the campfire and the star-studded night sky.

Now, after what’s become his seemingly customary two-year gap between albums, Ritter’s back. And how. He’s enlisted country star Jason Isbell to produce Fever Breaks – the two toured together in 2016 and fast became friends, recognising kindred song writing spirits in one another. Isbell plays on the album too, along with his band the 400 Unit. The outfit gives Ritter’s material a whole lot of muscle and bite in places, as in chugging country-rockers “Old Black Magic” and “Losing Battles”, and a rich, warm texture in others, as in “A New Man” and “I Still Love You (Now And Then)”. It’s Ritter with more flesh on his bones, and he carries it very well.

He hasn’t lost his folk-goth roots though. “The Torch Committee” and “Silverblade” are trademark Ritter; he paints an all-too-real picture of “monsters in our midst” in the former, and weavs an intricate tale of love and revenge in the latter. They’re both brilliantly cinematic and thick with mood. Meanwhile “All Some Kind of Dream” is the most politically charged song Ritter has ever written. On the surface it bops along in charming fashion, all strummed acoustic guitars, bright piano, and slide guitar flourishes, but deeper down, Ritter sings of seeing “children in the holding pens” and “families ripped apart”, of “justice with a tattered hand” and “compassion on the run”. He’s not usually so outspoken, but “these darker days” call for everyone with a voice to make themselves heard, especially when that voice is as distinctive as his is.

Enlisting the production savvy of Jason Isbell, and using the 400 Unit to beef up and round out his sound, Ritter hasn’t just surrounded himself with some of the best musicians in the game for his milestone tenth album, but he’s found a way to reinvent himself while not forgetting where he’s come from. After twenty years, this pillar of Americana folk is as relevant as ever, and sounding better than ever too.