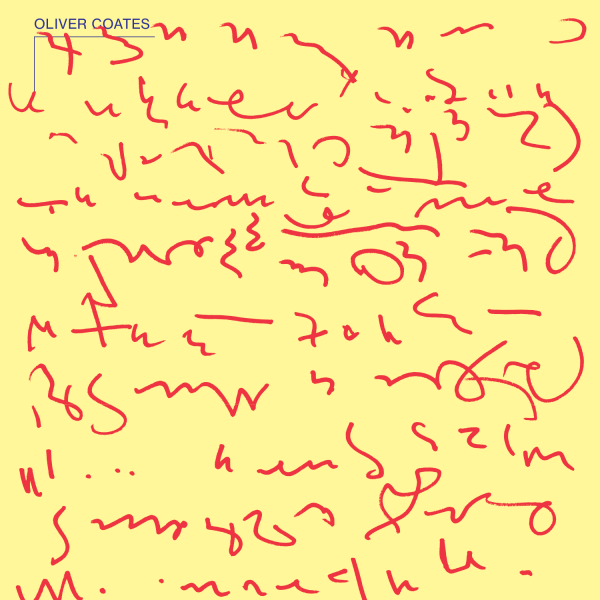 With cello as the central component of his work, he’s collaborated with Jonny Greenwood and Mica Levi on their scores to Phantom Thread and Under The Skin; was artist-in-residence at the Southbank Centre where he also conceived of and programmed the "Deep Minimalism" festival in 2016; and played a pivotal role in creating the sound of Radiohead’s latest album A Moon-Shaped Pool.

Achieving such a singular sound owes in large part to such Coates’ exploratory manipulation of effects and synthesis. Namely, ramming his cello through various effects chains until it bears no trace of its origin, taking on the veneer of wildly different rhythmic and textural elements.

Coates has since been picked up by Brooklyn’s avant-leaning RVNG Intl. for his radiant new album Shelley’s On Zenn-La, following time spent on the equally investigative PRAH Recordings. It’s a natural progression; both imprints prioritise the artistic value of their rosters’ output before commercial potential, providing fertile space for the kind of vital, refreshing music Coates and others such as Holly Herndon and Visible Cloaks are pushing.

Given such creative free rein, on Shelley's Coates expands on his footloose strain of artisan body music, falling into hazy, evocative borderlands where dance music and the expressive potential of more experimental genres procreate. On the jubilant "A Church", Coates weaves a mischievous pairing of cello and synth bass lines together, draped with chrysanthemum bear’s distant vocals. Buoyed by a bouncing 2-step beat, the song blooms wide open halfway through led by an elegant, baroque melody.

The album is full of this seductive tunefulness. "Charlev" pairs a kaleidoscopic brew of roaming synth arpeggios and sluggish, tumbling beats, while "Cello Renoise" and "Perfect Apple With Silver Mark" both blanket Aphex-style clatter with droning chords and tender synth leads.

The influence of Aphex Twin is felt across the album, in fact, in its hyperactive shifting rhythmic architecture. Most affectingly, the cluster voicings and meandering harmony of "Norrin Radd Dreaming" provide the album with its most emotive moments, seemingly incompatible with the sheer complexity of its moving parts.

"Prairie", an interlude late on in the album, does away with percussive elements entirely. Its shimmering cello parts sway into each other, placing the emphasis squarely on Coates and his instrument - a vision almost lost amongst the busy, uplifting energy of the rest of the album.

Shelley’s on Zenn-La is renewed proof of Coates’ gift for flexing considerable technological and musical muscle without ever becoming alienating. For all talk of its complexity and Coates’ varied background this is, simply, a generous and fascinating album that’s difficult to stay away from.