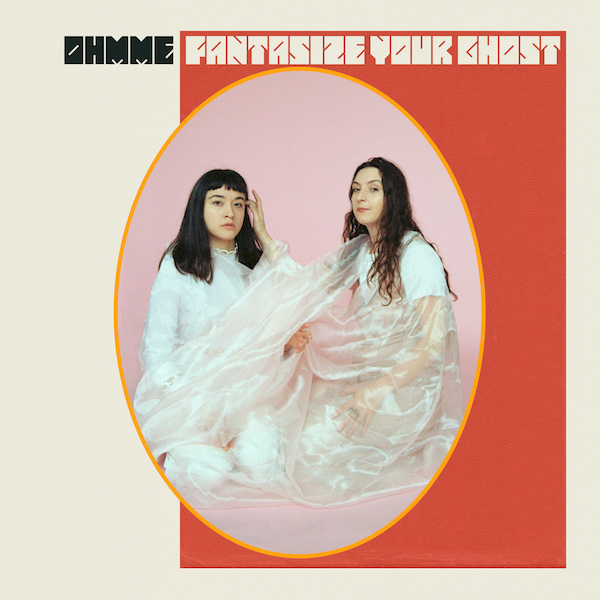 Ohmme are a Chicago duo, comprised of Macie Stewart and Sima Cunningham, who have carefully nurtured a reputation as a thoughtful, experimental rock band that aren’t afraid of dipping their toes in strange new waters to see what inspiration they can draw from the experience (they’ve collaborated with Jeff Tweedy, Vic Mensa, Chance The Rapper and others).

What Fantasize Your Ghost offers is a change for the pair to push their boundaries even further – and they take the opportunity with both hands. There’s beautiful, elegant pop music here (“After All”, which is just about as classic as pop gets), and there’s some fiery, discordant capital-R Rock music here too (“Sturgeon Moon”.)

The sexy glam grooves of “Ghost” and the thunderous power pop riffing of “Selling Candy” add more strings to the band’s bow, while the lolloping, creepy pop of album highlight “The Limit” evokes Cate Le Bon and Ariel Pink. “Some Kind of Calm” brings the mood back down, its spacious, almost ambient drones and echoes bringing a harmonious sense of wonder and beauty to a largely frenetic album. It evokes peak-era Tegan & Sara in it’s woozy bliss.

This is a strong record, and it shows that Ohmme have safely navigated the pitfalls of the dreaded second album syndrome. Here, they sound mature, focused, well-drilled, and none more so than on album highlight “Spell It Out”, which masterfully increases a looming sense of tension that never quite pays off. “Spell It Out” shows a band in complete control of their sound, and it’s a pleasure to hear their music shimmer and sparkle, bringing light to an otherwise gloomy world.