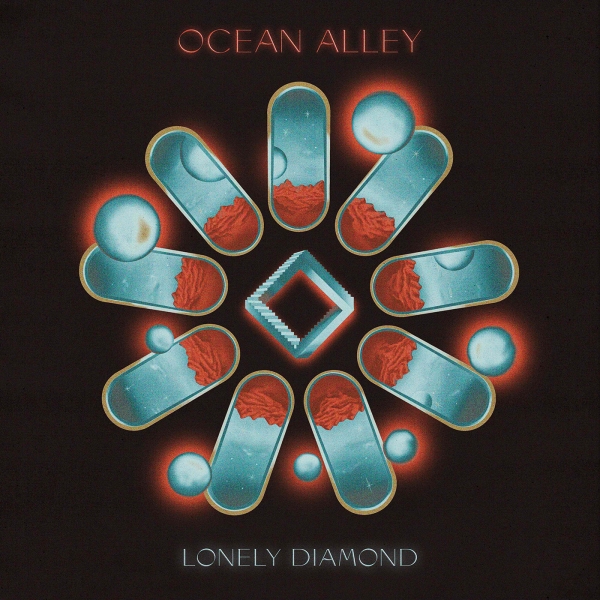 ​If there’s one thing that can’t be said enough it’s that the world is in need of escape, and Ocean Alley are here to help us out.

On their third outing, Lonely Diamond, Ocean Alley continue to expand on everything they've done before, while creating a deeply contemplative and atmospheric odyssey perfectly befitting a world where people are seeking a break from reality with their blend of funky psychedlice vibes.

Tracks like “Dahlia” bring about a dark mood, opposed by funky beats and bass - a typical MO of the band - appearing a slow burner before raising itself up letting their talents shine through. This is what Ocean Alley do best - offering space, not just for their own musicianship, but to let the weight of whatever your world has going on to subside. “Infinity” brings about the prominent idea of Lonely Diamond, with its atmospheric feel and the instructory lyrics “fly up to the atmosphere”.

There are moments of waning, with the titular track and "Wet dream" carrying on the mood, but the familiar sounds fall into a trudging trap. Picking itself back up, “Hot Chicken” showcases Ocean Alley at what they are do best, unadulterated psychedelic rock, and the band have never sounded so rightfully cocksure . “Puesta De Sol” and “Luna” finish the album off on a real high, giving the impression you've quite literally been on a journey, and not sat watching the rain drizzle down from forboding grey clouds.

While the world outside can certainly feel overwhelming, Ocean Alley have produced a record that make you feel free, even if that is just for 45 minutes and 42 seconds. This album really is a diamond in the rough.