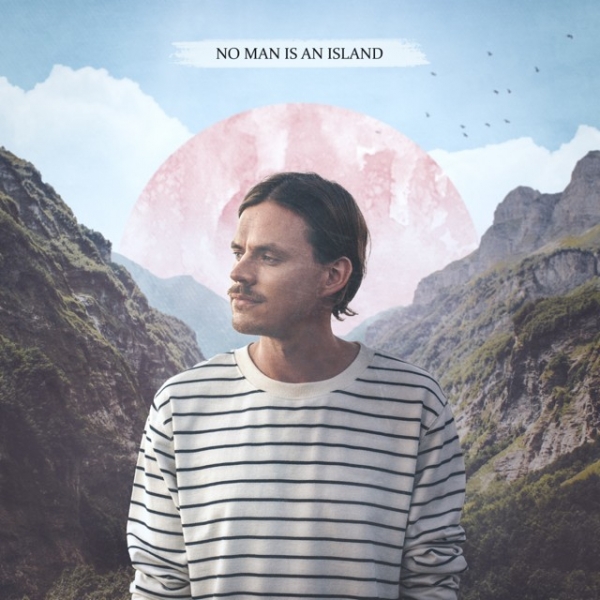 NOËP deftly slips messages of hope, urgency, and resistance into his arena-sized electro-pop on No Man Is An Island. The title track’s insistent lesson, that’s been passed from hand to hand in popular culture from John Donne to Jon Bon Jovi, encapsulates everything NOËP needs to say in disguise as a simple and ridiculously catchy dance tune.

Pulsating synths and falsetto samples transport us to a vibrant dancefloor without a care in the world, whilst NOËP’s lyrics take us somewhere quite different: a climate-denier persona in the first verse, before a desperate pleading to stop “running from the root of it”. This careful weaving of key messaging through infectious production is what enables him to reach out so well, taking the undeniable togetherness of dancing the night away to the pounding of a pop song and proving why that kind of community is essential across the board.

Standout track “KIDS”, which Emily Roberts lends her Lana Del Rey-esque vocals to for an additional injection of emotive soul, taps into this sense of community even further, with a coming-of-age film-ready gang-vocal chorus casually grooving along with the biting sarcasm of “we’re just kids, so what the fuck? / Who gave us the keys, we’re gonna fuck this up” all too resonant sandwiched in between audio samples about our house burning down. Similarly, album closer “Human Nature” blends earthy synths and a driving beat with NOËP’s gently desolate vocals to make for one of No Man Is An Island’s most stratospheric moments, daring to go emotionally deeper without losing any of its sonic atmosphere.

The places where NOËP falters are the places where he loses his subtlety; in 2021, seeing a track titled “Virus”, as impactful and responsive as it may be, will always instantly prompt a bit of a sigh. The track almost brings us back round with the booming of the synth and aptly foreboding intensity of the track, which even brings in some strings for pure end-of-times magnitude. It’s a strong listen, but feels a little on the nose. “Setting Things On Fire” does the same, with grating sawlike melody lines and truly terrifying power, and it strikes a harder blow because it feels more like a soundtrack than a pastiche of these times we’re living in. NOËP nails it when he’s capturing a mood, and he nails it when he amps up the nuance.