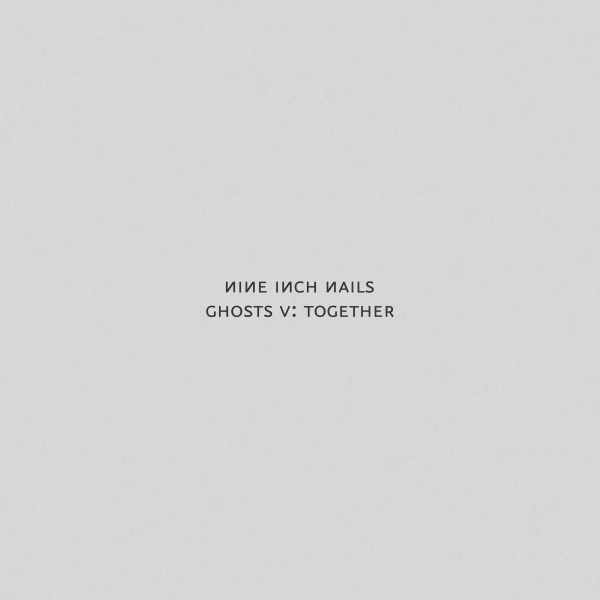 Amidst the crumbling walls that stand to sustain the musically-inclined, stand a few innovators who are scrambling to keep the pieces together. From livestream concerts to exclusive merch, the music industry as a whole are doing their bit to soften the blow and help consolidate the losses made from a torrent of cancellations and deferments as a result of the COVID-19 outbreak.

For musician, producer, and composer Trent Reznor – who has no qualms in voicing his opinion on the state of the music industry at the best of times – the logical response to dealing with life in the eye of the storm was to take to Twitter and drop two Nine Inch Nails albums for the price of one. That price, you ask? Totally free. Ghosts V: Together and Ghosts VI: Locusts are the first full length releases from the band – also manned by musician, producer and songwriter Atticus Ross – since 2013’s Hesitation Marks, and a continuation on their instrumental electronic project aptly under the same name.

Ghosts I-IV, released in 2008, contained a whopping 34 songs, and was a deluge of Nine Inch Nails’ sonic palette which spans from darkly ambient droning (“02 Ghosts I”) to cacophonous titillating bass lines (“29 Ghosts IV”). With such an overload of new material to be gorged on, it was lucky for the listener that none of the songs surpassed the 6-minute mark. Cue 2020 where the natural order of the world has been completely thrown on its head to inspire Nine Inch Nails – a band who never fall prey to the realms of predictability – to release a body of work where most of the songs sit at almost double their predecessors.

Whilst this may seem exhaustive if poorly timed or produced by the wrong artist, Nine Inch Nails excel at the slow burning, formulaic, piano ballads just as much as when they’re creating off-kilter pulsating industrial rock. Ghosts V: Together offers us the tranquillity that we’ve been searching for during the quiescence of being on lockdown, and the ability to truly switch off for an hour, letting ourselves be guided by their eerily calm production whilst we pretend that the world isn’t actually going up in metaphorical flames before our eyes. Though, if destruction is more your appetite, then Ghosts VI: Locusts provides an aural embodiment of the uncertainty and discourse.

Together plays on the idea of light. Its soundscape bursting with hope in the form of delicate touches of piano keys, and symphonic strings. A siren bellows out into the expansive bed of the song before a glacial hum comes bounding back in response, morphing into a pulsating synth which beckons the journey in “Apart”. “Hope We Can Again” mirrors this with a pitter patter of optimism rising from the mist, and erupting into a synthesised expulsion of change which comes in the form of “Still Right Here” – over ten minutes of fuzzy guitar and dizzying feedback which eradicates all of the solace that has previously been laid out.

If song titles are anything to go by, you are made aware that you’re in for a sense of unease when delving into Locusts. “The Worriment Waltz” is a continuation of the gentle nature of Together, but has a dark ominous cloud which looms, and grows darker – tension waxes and wanes, whilst a lonely trumpet continues to toot its broken song. Taking reference from the experimental jazz elements of “Play The Goddamned Part” from Nine Inch Nails’ Bad Witch EP, “Run Like Hell” picks up in intensity and offers seldomly seen percussive moments.

Considering that the songs are much shorter on Locusts, there are a few interluding moments which allow for the lines to blur when listening to both albums back to back. “Trust Fades” with its spectral synth baths is an echo of “Together” despite being doused in minor melancholia, and the chaotically disconcerting melody of “Your New Normal” owes itself to the dizzying nature of “Your Touch”. Despite the charisma that oozes from having to pack everything into a smaller time frame, “Turn This Off Please” is testament to the magic of Nine Inch Nails’ cinematic style of production. The swelling tension from “The Worriment Waltz” swaggers back in, and a heartbeat lies buried within all of the harrowing eeriness, mirroring that of your own as you listen to it.

Whilst some of us may be buried in Netflix videos during what’s left of the lockdown phase, and others in the imagination of books, Nine Inch Nails have crafted an amorphous twin discography that offers a real-world escape from our current state of existence. Echoing the chaos, and offering respite – mood dependent.