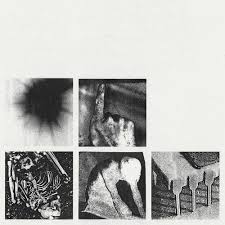 Initially intended to be the final part of a trilogy which begun with 2016’s Not The Actual Events and Add Violence a year later, Trent Reznor has rather robustly promoted this final piece to a full album release, their first since Hesitation Marks in 2013.

With the album barely reaching the thirty-minute mark there’s little room for mistakes; although the preceding two EPs were strong, they didn’t have the kind of steely-eyed focus of previous material. Bad Witch, however, is the finest NiN release since 2005’s With Teeth. This is NIN revitalised with Reznor’s thirst for chaos truly quenched.

Opening track "Shit Mirror" is swaggering and incandescent with rage, crammed with computerised fury, ugly electronic malfunction and a rising intensity which is both uncomfortable and thrilling. The intensity crashes into a closing two minutes of storming glam drums with Reznor repeatedly snarling “new word, new Times, mutation, feels alright”. It’s the best opening to a NIN album since "Hyperpower!" from With Teeth.

Although Reznor's personal life has naturally mellowed slightly over the years, that sonic intensity of the past has remained, BW contains classic Reznor matter; paranoia, isolation, anti-religion, looking inwards but seeing nothing. See "Shit Mirror"'s particularly dystopian: “Caught reflecting in your eyes / I’m becoming something new that’s hard to recognize”.

The fury continues on “Ahead Of Ourselves”, a dank murky drum 'n' bass influenced percussive workout containing one of those delicious streams of consciousness that Reznor is so good at. We’re firmly back in “God is dead and no-one cares” (from 1994’s The Downward Spiral) territory here; “We’re on the precipice / created us in his image / better be proud of his work / that is if he existed”. The brief but shattering cacophony of electronics, harsh guitars and screamed declarations of “Obsolete insignificant / antiquated irrelevant / celebration of ignorance / why try to change when you know you can’t” is the pinnacle of angst allowed of a rock star in his fifties and proves to be a one of NIN Mk3’s finest achievements.

The NIN studio set-up of Reznor and Atticus Ross proves to be one which concentrates on atmospherics before power. The instrumental "Play The Goddamned Part” is pumped up and percussive, full of bizarre sounds and parping saxophone reminiscent of the duo's lauded soundtrack work, while the brooding ambience of closing track "Over And Out" is a glitchy eight minutes of atmospheric claustrophobia, studio trickery and an engaging but distant croon from Reznor which uncannily recalls David Bowie.

In fact, the ghost of David Bowie is evident throughout these tracks, but most pronounced in "God Break Down The Door", a clear reference to their collaborations in the nineties as well as a direct response to Bowie’s final album, Blackstar, especially its tracks "Sue" and "Tis A Pity She Was A Whore”. The frenetic drums, the broken jazz influence, blasts of discordant sax (played by Reznor) and a bubbling acid riff with Reznor delivering a surprisingly warm but still pissed vocal; it’s a perfect tribute to his nineties muse which is as ugly as it is beautiful.

While Hesitation Marks suffered from a feeling of familiarity, Bad Witch acts as a state of the world address. The existential unpleasantness of the world right now has triggered Reznor, and as John Lydon hollered on Public Image Ltd's 1986 classic, "Rise", “anger is an energy”. Trent Reznor has taken note of this ethos, and is sounding the more vital than he has for over a decade.