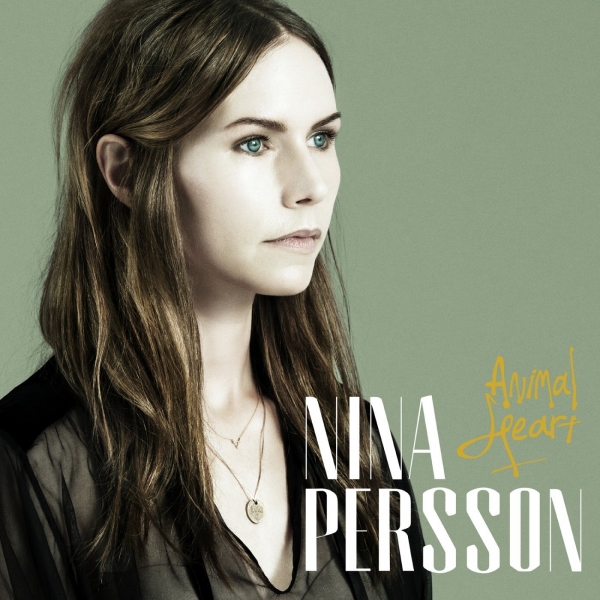 Cardigans frontwoman Nina Persson has had an impressive career to date – there’s few that would argue with that – but until now, there’s one avenue she’s not schlepped: releasing a solo record. Animal Heart is her debut lone-wolf full-length. She’s dropped singles by herself before, mostly for OSTs, such as a cover of “Losing My Religion” and a track for Reeves and Mortimers Randall & Hopkirk (Deceased) remake, but never gone the whole hog. Now, two decades into her work as a musician, we see what Persson’s one-woman-show is really like.

New wave title track and opener, “Animal Heart”, glistens, with loose Cardigans references and funk licks aplenty. It lacks an intrinsic aggression, and when you’ve got lyrics like “Your animal heart’s pounding like a kick drum/dampen it down, you don’t wanna give us away” it seems like Perrson has missed a trick omitting bite from the otherwise verging-upon-erotic croon (“Oooooooh, deeper baby…”). The result is dreamy soft-pop, not unlike Shania Twain if she’d had an A-Ha phase.

“Food For The Beast” serves as an impressive halfway point. Almost-disco darkly lilting marimbas inject a fresh timbre, and make the track sound a bit like part of the Pink Panther soundtrack. Featuring skewiff synth flailing and a stomping motorik, the track’s one of the more pacey efforts, instigating hip wiggles and similar ilk. Prior to “Food For The Beast”, you have a solid run of folk-pop ballads which, other than “Jungle”’s drum machine, don’t shake things up much. Afterwards, things get a darnsight more interesting.

“Digestif” is a synthpop sea-shanty interlude. “Forgot To Tell You”, complete with background theremin, trots along stuffed with acoustic jubilance and a jaunty spring its step. The sassy-tastic “Catch Me Crying” shuffles, emitting a faint disco aroma again – it’s a bit like a stripped-back ABBA power-pop ditty. Country-western paean “The Grand Destruction Game” has what sounds like a Wurlitzer organ trundling away behind wood block beats and Dolly Parton drawls. It’s an odd medley of styles after the mid-point of Animal Heart, but after the comparatively dull first half, it’s welcome. It doesn’t always make you stop and sprawl your maw in awe, but it does make you continue listening. It’s always interesting.

The greatest disappointment on the record comes in the form of finalé “This Is Heavy Metal”, as it is decisively not heavy metal. What it is is a solo piano ballad, with sublime vocals from Persson and dangerously emotional ivory-tinkling. However, when you assume Persson is to explode with her best Sabbath-aping yowl, it can’t quite meet your expectations… but that’s probably more of a subjective foible than an actual flaw, really.

In the end, Animal Heart isn’t the cracking, sleek pop doozy you might expect from Persson. Perhaps it’s just the pressure of working solo that’s forced her to play it safe for much of the record, but you’d think that after twenty years in the biz that wouldn’t be a factor. It’s largely led by acoustic singer-songwriter material, although when it does veer off the beaten track, things can get beautifully strange. The moments of intrigue are too fleeting and the encompassing ‘feel’ of the LP lingers too long in flat territories, which is a shame, as there’s potential for her solo work to be spectacular indeed.