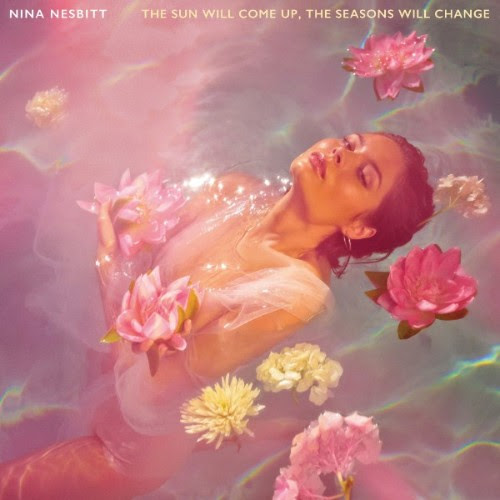 The Sun Will Come Up, The Seasons Will Change – the second full-length from Edinburgh’s Nina Nesbitt – starts strong, with a string of atmospheric, emotional pop ballads that serve to cement her status as a deserving star of the 2010s.

2017 single “The Moments I’m Missing” sets the tone: a stripped-back roadtrip through Nesbitt’s life. It’s personal, poignant, and at times confessional, outlining not just who Nina Nesbitt is, but why she is the person she has become.

Nesbitt is an accomplished songwriter, having penned tracks for artists including Jessie Ware and Olivia Holt alongside her own material. While this chameleonic ability is impressive, it lends a slightly anonymous feel to some of the tracks here. The cohesive narrative that's established by the four opening songs becomes fractured at times, with occasional moments feeling as though they may have been written for somebody else.

“Loyal To Me” and “Love Letter” are pure '90s-style R&B in the vein of Destiny’s Child’s “Survivor” and TLC’s “No Scrubs”. It’s difficult to understand what Nesbitt is bringing to the table here that hasn’t been done before. The main problem, however, is not that they’re bad songs – far from it – but Nesbitt’s persona falling flat in the wake of the album’s more insightful, vulnerable songs. The Sun Will Come Up… opens as a consistent story, but it’s not one into which all of its components can sensibly fit.

That’s not to say Nesbitt’s diverse adaptability is all bad, it’s simply that she shines brightest when committing to a style without sacrificing her individuality. Whilst there’s a Halsey-esque vibe to “Empire”, one of The Sun Will Come Up…’s more electronic tracks, and “Somebody Special”’s minimal, percussive feel is similar to several of Julia Michaels’ recent offerings, neither of these comparisons eclipse the weight of Nesbitt’s own voice at the tracks’ cores. Indeed, I make them to highlight Nesbitt’s ability to excel in the same style and genre as some the music industry’s biggest hitters globally whilst telling her own engaging stories.

“Things I Say When You Sleep” is one of The Sun Will Come Up…’s highlights: a traditional piano ballad that hangs low and moody with gravitas. Here Nesbitt proves that all the industry bells and whistles are an added extra. The reason she is able to turn her hand to such a breadth of sounds is that her fundamental talent as a songwriter and musician is undeniable.