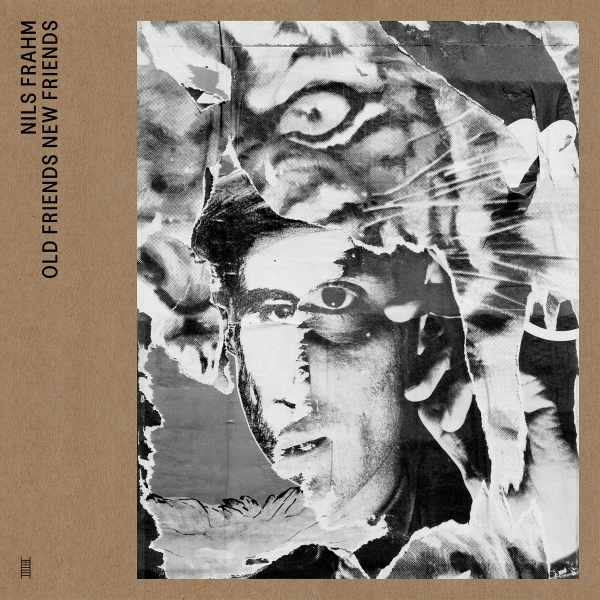 Old Friends New Friends comprises of no less than 23 solo piano tracks recorded between 2009 and 2021. All have been left off their originally intended projects for some reason or another, but have finally found their place on this adoptive album.

Tiptoeing towards being an ambient album —mostly thanks to the almost uninterrupted rainy background noise — along with a well constructed track list, Nils Frahm has found a masterful way of communicating a story through undulating piano keys. One which demands his music step out of the shadows.

On first listen, Old Friends New Friends came across as cool and melancholic, but foraging deeper into the folds of music lies an urgency and lightness. "Weddinger Waltzer", is at first a delicate, sombre piece, but eventually ends on an upward inflection.

I’ve always loved the intimate feel and overwhelming sense of humanity in Frahm’s compositions. There’s a wink in his music; politely leaving classical rules at the door, but letting them look through the window to see what pedals he’s using. The track which evokes excitement the most is "New Friend". It feels reminiscent of The Doors, through the rocky staccato and the melting rain akin to "Riders on the Storm". It feels different, like a bonus track, maybe the extra of the extra.

There’s an overwhelming feeling of openness throughout the album, even in the heavier, darker songs like "Old Friend". It’s easy to plough through the 23 pieces. The songs seem to trip over one another, and halfway through you may find yourself accidentally sitting under an electric blanket in the library of a high-ceilinged Victorian mansion, sheltered from the autumn rain.

It’s all in all a less outwardly experimental album. It focuses instead on looking inwards, possibly at all the lonely songs of the world. Nils Frahm stretches himself across the cavern between electronica and classical piano. He doesn’t tell us what to feel, he simply lays out the narrative and focuses on exploring what a piano can give us. As Frahm has said, "I’ll probably burn everything before I go, but these are pieces I wanted to put out", so I see it as less of a leftovers album, and more of a personally curated buffet.