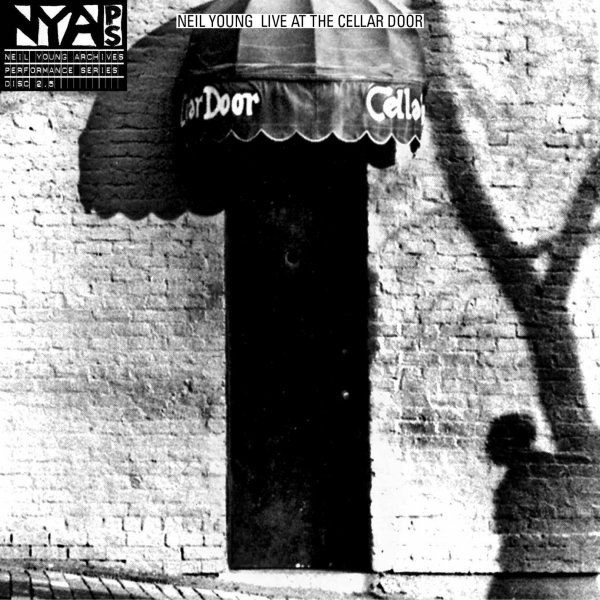 If you’ve read Neil Young’s recent half-memoir half-LiveJournal-in-printed-form Waging Heavy Peace then you’ll know he’s been one busy bee over the past few years. As well as writing said tome, he’s developed a series of electric cars (one of which short-circuited and burned his warehouse to a crisp); invented a super high-quality digital music format called Pono (meaning ‘righteous’ in Hawaiian); made some major advancements in the world of model railways; given up booze and weed; survived near-fatal health scares and released a host of music, both solo (Fork In The Road, Le Noise) and with his old chums Crazy Horse (Americana, Psychedelic Pill). Given how much he’s got on his plate, it’s a wonder he remembers to keep the cogs of his ambitious Archives project turning. However, after a much-praised European tour with the ‘Horse and a rare reunion with Crosby Stills and Nash for his annual Bridge School benefits earlier this year, Shakey’s once again found some time to hunt through the endless reels of quarter-inch tape that doubtless litter his Broken Arrow ranch, in the hunt for more forgotten gold.

Live at the Cellar Door is subtitled Archives Performance Series Volume 02.5, as it’s chronologically sandwiched between two previous releases: Volume 02 – Live at the Filmore East (a raucous hoedown with Crazy Horse in full effect) and Volume 03 – Live at Massey Hall 1971 (a triumphant solo set in front of a partisan Toronto crowd). This revelatory numbering system development should produce flutters of excitement in the stomach and ears of any Young fan – in theory he could now release any performance ever recorded (much like Fugazi did a few years ago) and call them things like Archive Performance Series Volume 08.777345 – Drunken Strum On David Crosby’s Yacht, Anchored Just Off St Lucia, With Jackson Browne on Castanets.

The six shows at Washington DC’s intimate Cellar Door club which yielded this material happened in November and December 1970, just a month before the Massey Hall concert. Hence you’d be well within your rights to question whether Young should be spending his precious time re-covering familiar ground rather than plundering other, more neglected episodes in his long and varied career. I for one am aching to hear something from the reviled Trans tour where he and Nils Lofgren rocked vocoders whilst wearing futuristic shades indoors, or maybe one of the ill-fated Time Fades Away shows where audiences expecting the hippy country of Harvest were apparently slapped round the ears with the a grungy sledgehammer.

Nevertheless, although more than half of the songs on Cellar Door also appear on Massey Hall, there are plenty of fresh-sounding goodies here for the casual listener, let alone the Young buff. Likely to spark most interest is a rare piano reworking of Crazy Horse riffathon “Cinnamon Girl” (“That’s the first time I ever did that on piano”) – the introductory chord sequence a dead ringer for the beginning of “After the Gold Rush”. Whereas Massey Hall had floor-stomping, crowd-pleasers like “Ohio” and “Dance, Dance, Dance”, Cellar Door feels like a private performance in your front room. The version of “Old Man” here is so hushed that you can barely tell it’s started until the second verse – compare with the full-on harmonies of the Harvest version and you begin to see why Cellar Door is yet another intriguing and vital part of the Neil Young story. The proximity of Young’s voice reminds us what a fantastic, oddball lyricist he is, and always has been – something I don’t think he gets enough credit for (though his penchant for the 30 minute instrumental jam probably doesn’t help his case). “See The Sky About To Rain” is a beautiful, cascading piano ballad but ends with the absurd vignette ‘I was down in Dixieland/Played a silver fiddle/Played it loud and then the man/Broke it down the middle’. Elsewhere a faultless “Don’t Let it Bring You Down” with its “castles burning” and “river of sight” weaves a tangled web of stoned visions.

Young ends the set with the old Buffalo Springfield song “Flying On The Ground Is Wrong”, also rejigged for the piano. He has the crowd in hysterics with his spoken introduction – claiming that he’s only been playing piano for a year, telling them “you’d laugh too…if this is what you did for a living” and explaining the song’s meaning in his deadpan drawl – all the while dramatically striking the strings of his “nine foot Steinway”. Then when he begins playing, the change in tone from ridiculous to sublime is instantaneous, as Young turns what was a jaunty, uber-‘60s number about the difference squares not understanding hippies into a misty-eyed ode to the pains of being different. And as he’s shown again here, no-one’s more different than Neil Young.