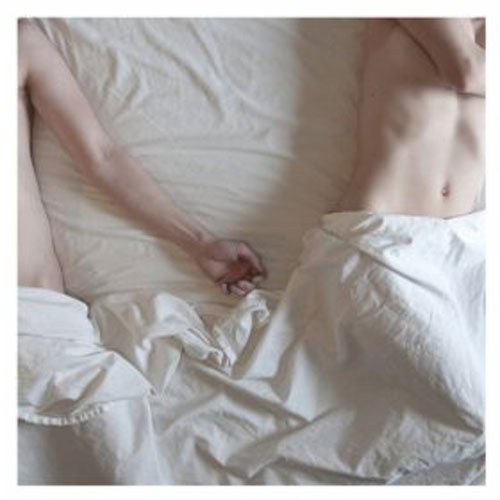 Well, it doesn’t take long for Falling Faster Than You Can Run to reveal that Nathaniel Rateliff isn’t in a very good place. His deep funk is revealed very quickly on the opening track ‘Still Trying‘: “If you roll in it long enough/your shit won’t even smell” sings Rateliff, in between crying out, unaccompanied, “I don’t know/I don’t know/a god damned thing”.

And that’s the feeling that sticks throughout this, often very fine, new record from Denver, Colorado’s Missouri-born Rateliff. On his second full-length album (dropping the & the Wheel from his name) loneliness is writ large: not the kind of loneliness from actually being along, but the kind that comes from being constantly surrounded by people yet unable to shake the feeling of complete isolation. Rateliff has toured with many, many acts over the past few years and most recently has spent time with Dr Dog and fellow Denver act (and friends) The Lumineers. Thankfully, Rateliff rarely sounds like his friends (you might say I’m not a fan) and instead writes and plays music with a lot of heart and soul. It’s often his voice that’s the star of the show thanks to the subtly-arranged instrumentation: part matured Kurt Wagner burr and part throat-ravaged bluesman ( a bit The Tallest Man On Earth) it’s a voice you could listen to all day. But good voice is nothing without good songs, and Rateliff comes with plenty of ammunition on Falling Faster Than You Can Run.

“Still Trying” is an arresting opener; while Rateliff’s heart-wrenching roars are the highlight, the backing isn’t too shabby either – acoustic guitar and bass drum battle for the spotlight on a ragged country song, and it sounds authentic, like Rateliff has lived what he’s singing. And things get better quickly: “I Am” is mostly just Rateliff and his guitar, as broaches his isolation singing: “you’ll never know what’s buried there / less you dig around”. The music swells as he sings the title over and over, following a similar pattern to the album opener. But before things get too familiar, Rateliff picks up the pace with a couple of full band numbers that could almost be considered jaunty, if we were to ignore the lyrics. “Don’t Get Too Close” is fine enough and ticks over nicely like a quickstep, but “Laborman” is even better. Like Wilco at their poppiest, it flies off on crunchy and bright electric guitars which belies the lyrical content: “I got a feelin’ / a sleepin’ depression / that somebody’s gonna get hurt”, sings Rateliff, followed by “you got the harness/so where you gonna drag me now?” You can see a pattern developing here; Rateliff’s stuck somewhere he doesn’t want to be, lonely, but how does he get out of it? Take another look at that album cover too – a couple share a bed, an arm reaches out…yet it doesn’t touch the other person. It’s basically a visual encapsulation of what’s being sung about.

There are a couple of moments, though, that certainly don’t work for me: the jazzy scat of “Right On” feels too uncomfortably Jools-improv, but it’s a rare misstep that’s righted quickly by the drunken tale of “Three Fingers In”. The epic electric storm of “Forgetting Is Believing” leads a trio of great closing tracks, ending with the Lambchop-murmur of the title track. Rateliff’s baritone is exposed and dusty as he sings “leave me alone/you can see me fall/faster than you can run”, ending as he started the record – alone and isolated.

Falling Faster Than You Can Run feels, through the dirt, the shit and the whisky, and despite the loneliness, like a hard-earned triumph for Nathaniel Rateliff.