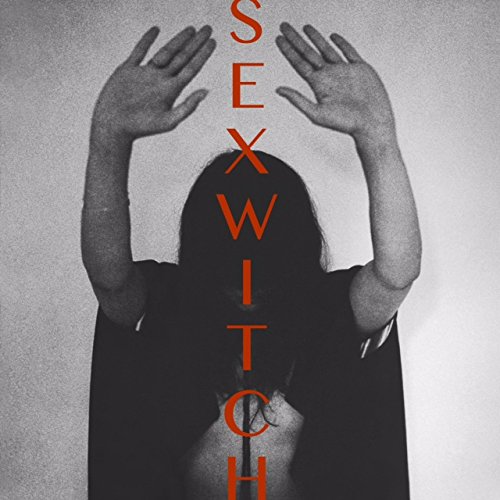 With SEXWITCH Natasha Khan toes a fine, nigh imperceptible, line between the divine and the demonic.

The six-track side project has her brandishing an unexpected brand of psych-rock mysticism with the help of Brighton-based outfit TOY. The collaboration ends up resonating like a catchall soundtrack to an occult ritual — hair-raising and euphoric in equal parts.

Under the Bat For Lashes moniker, Khan has released three meticulously crafted alt-pop records. Ordinarily, she’s of the Kate Bush school of songwriting: tending toward the experimental and sonically ornate while remaining invested in conventional pop structures. Her most recent offering, 2012’s The Haunted Man, saw her attain a new level of sophistication, with songs like “Laura” and “Winter Fields” pairing high emotional tensions with arrangements that, if not executed correctly, could have strayed into maudlin territory. Sexwitch swaps the respective piano balladry and string sections for incantations, forgoing any version of the verse-chorus format in favour of meandering riffs and visceral rhythms.

The record is made up (almost) entirely of translated 70’s psych and folk covers from varying locations worldwide, though its instrumentation falls within the decidedly Western guitar-bass-drums paradigm. The whole thing is reminiscent of early Krautrock — Amon Düül II, Can, et al — where percussive repetition and effects-laden guitars are the salient features of a lengthy jam. At almost eight minutes long  “Kassidat El Hakka”, a re-working of a Moroccan folk song, is Khan and co.’s most prolonged venture. Its refrains oscillate between the prophetic (“it will linger in your soul”) and the agnostic (“I am fleeing / but I do not know what from”). Tension is built, eased, and reestablished through the layering of ambient noise over the track’s incisive guitar riff and cyclical drumbeat. Khan’s voice carves its own route through the mire, with her lyrical reiterations periodically devolving into climatic shrieks and yelps. This is the most raw and unhinged she’s ever sounded, and it’s mesmerising.

“Ha Howa Ha Howa” is a slightly more subdued, with hand-drummed percussion looping under her repeated declarations of infatuation (“he addicted me / and I addicted him”). Here, Khan stretches the limits of the vocalised note—pushing through her upper register to a controlled, albeit shrill, wail—both hysterical and mystical. In the West, we’ve long been accustomed to conflating “Eastern” sounds, be they tablas, sitars or quartertones, with psychedelia, and this is a heritage that Sexwitch doubtlessly draws upon. In its original incarnation, “Helelyos” is an ode to the beauty of Persian women, but in Khan’s hands it becomes something of an anthem of solidarity: “my dark girls are going on adventures”, she promises with a tremulous timbre, “we are not afraid of any dangers”.  Her “music as public domain” attitude to the acquisition of folk songs is far from a unique phenomenon and, accusations of appropriation aside, SEXWITCH manage to transform a diverse array of originals into a cohesive batch of covers.

However, the record doesn’t always teeter along an anarchic precipice threatening total dissolution, it also has its moments of languorousness, typified in the slow-burning “Lam Plearn Kiew Bao” and the dreamy “War In Peace”. The former slinks along without ever gathering any of the momentum that makes Sexwitch feel dark and daring, while the latter — the only track originally performed in English — rolls like smoke, touting lyrics about a “cosmic federation”, reverberating more like 70s homage than a contemporary re-envisioning. Ultimately, Khan’s vocal acrobatics—her soaring, wailing interludes—imbue the album with the vitality that sets it apart from your standard heady psychedelic fare. She is shaman and priestess, subtly manipulating light and dark, contriving dissonance and resolution. Each track was recorded in a single take on the same day, which goes some way toward explaining the sense of transcendent chaos that pervades Sexwitch.

But, as with many so-called side projects, questions of sustainability are bound to arise. Could the success of Sexwitch be replicated on a second album without their throwback sound seeming like a schtick? Naturally, the novelty of an acclaimed pop darling’s foray into primal screaming cannot be underestimated, though, as it stands, the record amounts to far more than an assertion of Khan’s multifaceted abilities. At worst, Sexwitch marks a fascinating detour in an already accomplished career.  At best, it’s a creatively adventurous standalone release. In actuality, it likely falls somewhere in the middle.