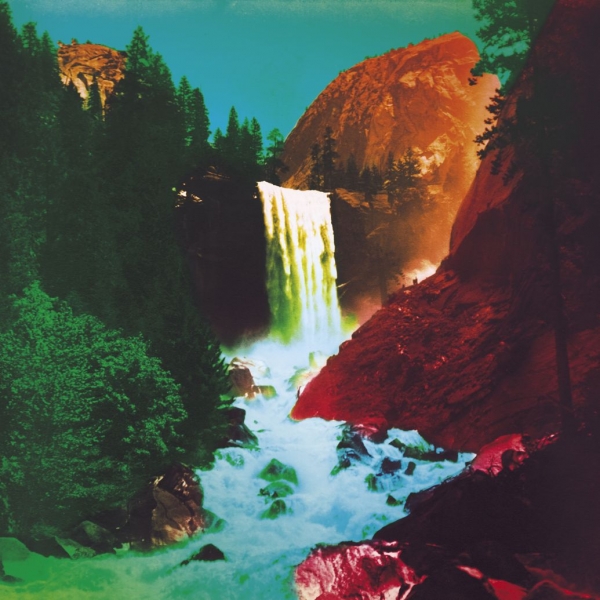 “Believe!”, commands the opening track of The Waterfall. Which is kind of appropriate, as self-belief is the quality My Morning Jacket‘s seventh album has in abundance. The Louisville, Kentucky five-piece have never made a bad record, but the last two (2008’s Evil Urges and 2011’s Circuital, the former’s unfocused gallop through genres both suggesting an identity crisis and slowing down the lift-up initiated by 2005’s masterful Z and 2006’s steaming live double and film Okonokos) found them struggling to completely convince; these ten tracks mark a decisive return to the band’s eccentric, uniquely warm and fuzzy top form.

The confidence in the band's prowess on display is somewhat surprising, considering the album's - literally - pained origins. Recording started two years ago, but frontman Jim James soon suffered a debilitating back injury that forced the type of extended delay that often leads to a total loss of momentum. Relationship turmoil also put in an unwelcome guest appearance. Throughout music history, misery has frequently been linked to an increase of creative potential, and so it is with The Waterfall. It may lack the individual killer tracks of Z or the alluring, reverb-bingeing analogue cocoon of It Still Moves (2003), but this might just be My Morning Jacket's most cohesive and fully realised offering to date.

There are detectable dark undercurrents: the clenched-fist frustration that fires up the big riffing of "Big Decision", the jittery rhythms seemingly echoing the awkward exchanges of a couple at the end of their shared road; the palpable heartbreak that fuels the uncharacteristically direct and nakedly personal break-up lament "Get The Point", a pedal steel enriched, wistfully beautiful olive branch to fans longing for the cosmic American grooves of At Dawn (2001) and It Still Moves. However, this is ultimately optimistic stuff, peppered by a sense of a decidedly unfashionable wide-eyed wonder, and all the more impressive and appealing for it. Sessions took place at a seafront house in Stinson Beach, California that used to belong to no lesser a deity of the psychedelic American music tradition that MMJ pledge allegiance to than Grateful Dead's Jerry Garcia, and although by no means sleepy, The Waterfall sounds tailor-made for unhurried, possibly bleary-eyed strolls down the beach at dusk.

At its finest, The Waterfall balances between mad and magnificent. "In Its Infancy (The Waterfall)" proves worthy of its proggy title, as the multi-part epic moves from an almost laughably ponderous recital to sections of gradually intensifying beauty, hopping through unpredictable shifts in mood and tone that initially confuse before casting a deep spell. "Like A River", meanwhile, escalates from sparse picking to a torrent of tribal chanting, its head spinning aural overload married to one of James' most yearning melodies.

Complex and densely constructed cuts like this don't necessarily open up immediately, and the multi-layered production - imagine an aural equivalent of a particularly luxurious rug - may initially seem like an overly busy attempt to gloss over the cracks in the material. We're certainly a long way off from the days when James' vocals were recorded in a grain silo for added reverb and MMJ's records echoed with the spaces between the notes, and there are moments when The Waterfall sounds like the recording schedule may have been a bit too open-ended (check out the "Wanted Dead Or Alive" sound-alike intro to the otherwise fine "Tropics (Erase Traces"). Keep listening, however, and the songs soon reveal their full charms. MMJ albums in the past have always included at least one slice of lightweight fluff, but the band seem particularly keen to share something of substance with every track this time around, none more so than the stunning slow-burn of closer "Only Memories Remain", which features the album's most striking sound: that of a truly remarkable band playing more or less live in a room.