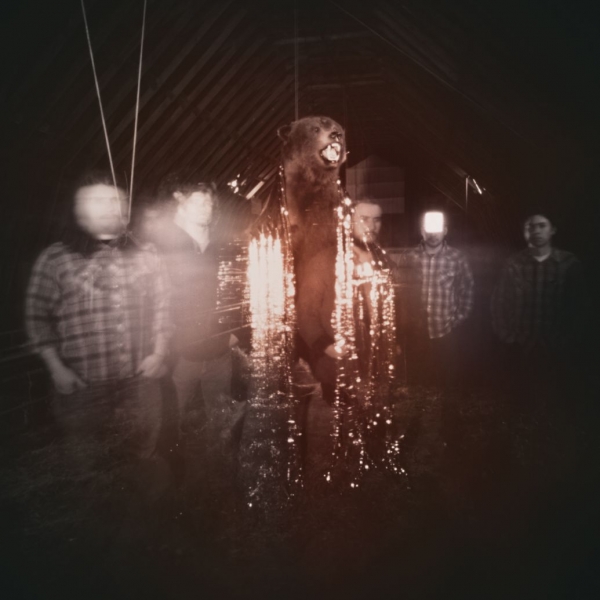 There are different ways to handle the increasingly popular Deluxe Special Edition expansion and polish of back catalogue gems.

Some acts commission the kind of subtle remastering job where only dogs could detect the difference between the old and new versions, before tagging on every cough and burb captured at the album sessions for added justification for the ambitious price tag. Other might indulge in a bit of revisionist remixing by highlighting some parts whilst fading out others. The most adventurous/foolhardy artists might even have a bash at re-recording the whole thing from scratch. My Morning Jacket get it pretty much spot on with this remaster/remix of It Still Moves by mixing parts of all three approaches.

My Morning Jacket get it pretty much spot on with this remaster/remix of It Still Moves by mixing parts of all three approaches. At first, the premise - to clean up the supposedly muffled sound - seems a bit perverse. Surely a big part of the 2003 album's enduring appeal lies in the twilit, cuddly sound that, when coupled with the oceans of reverb bandleader and primary songwriter Jim James's ever-ascending vocals are coated in, often gives the impression the listener is floating on clouds of candyfloss in some strange alternative universe where Crazy Horse provide the backing for a wee small hours session at Muscle Shoals studios.

Turns out that the subtle - and they are mercifully subtle - tweaks result in a clearer sound where it matters whilst maintaining the bleary-eyed dreaminess of the overall enterprise; for evidence, check the added crunch on the duelling guitars of the mighty "Masterplan" or how crisp the boom-chicka-boom beat that drives the bar room ruminations of the impossibly lovely "Golden" now sound. Elsewhere, the guest horns of "Easy Morning Rebel" appear to be screened in full widescreen this time around. Then again, material of this calibre would most likely impress if it had been recorded in a tin can. Which isn't that far from the truth, really: the vocals were reportedly cut in a disused grain silo for added echo prowess.

Taken in at a 13 years' distance from the original release, the primary weakness of MMJ's breakthrough after two acclaimed lo-fi indie albums now actually seems a key strength. After all, it hardly matters that the record finishes on four lengthy tracks that share a tempo that makes snail's pace seem like speed metal when said tunes include the sparkling barn dance sway of "Just One Thing" and, most spellbindingly of all, the Southern Rock goes Soul with Neil Young on vocals epic "Steam Engine", an indescribably beautiful family sized portion of otherworldly longing that combines a taste for unadulterated jamming - also indulged with equally startling and spacious results on the slow-burning "I Will Sing You Songs" - with superior songcraft. The band would go on to expand their palette with 2005's retro-futuristic masterpiece Z, but the final third of It Still Moves remains a career peak in terms of building and sustaining a magical melancholy mood.

As ever with such projects, the bonus materials struggle to match the majesty of the original album. Of the three unreleased tracks from the session, the wonderfully odd patchwork of "En La Ceremony" - partly re-recorded with the current members of the band - builds a bridge between MMJ's origins as purveyors of long-haired fretboard duels and the Technicolor soft-focus rambles of last year's The Waterfall, a return to form after a few underwhelming records. "Grab A Body" is an unremarkable instrumental with a reggae-fied coda that points towards Z's skanking "Off The Record". The rough demos to 10 of the 12 tracks on It Still Moves - a one-listen curio for most - seem a somewhat disappointing addition from a band whose most seminal album could well be 2006's old school live double Okonokos: a vintage live set from around the album's release would no doubt have got the fans salivating a lot more.