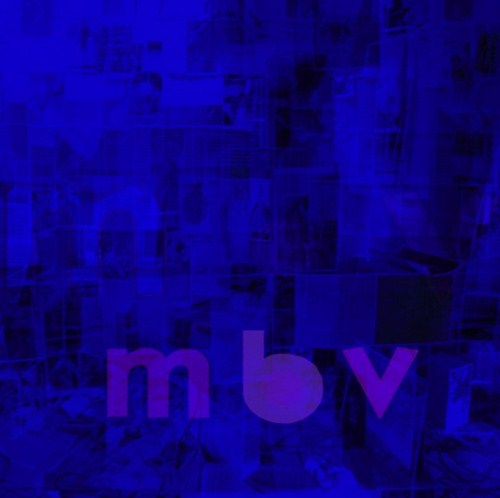 My Bloody Valentine have rarely done anything quietly. But the sudden, shock arrival of their first new album in more than twenty one years on Saturday night seemed to come out of the silence of the ether, arriving on a colossal wave of rampant rumours mixed with sky-high expectations.

Kevin Shields’ recent promises that a new record was indeed on its way were certainly tempered with the actuality that he’s kept the music world waiting for over two decades for the long-awaited follow up to Loveless, and fans rightfully wondered if the new album would always exist better in his mind (and ours) than as a tangible sonic reality.

But the band’s third record, mbv, boldly ignores both the towering anticipation of the music world as well as the creative pressure of following up such an exalted album. It triumphs not as a continuation of a musical conversation that Isn’t Anything and Loveless began, but by forging its own distinct modern dialogue, one that at once sounds rooted in its own imaginative time and place, perhaps even dimension, with any telling outside influences dissipating as soon as the songs truly take their pleasurable hold.

Rather than reintroduce themselves brazenly with the tempestuous wall of noise that most longtime fans are familiar with, My Bloody Valentine instead ease into things with the diaphanous, dreamlike, ‘she found now’. The use of e.e. cummings-like lowercase letters on the titles of the songs and the album itself is perhaps another sly technique for Shields and company to deflect the mammoth expectations placed on this batch of nine songs. But there are certainly no gimmicks when it comes to the tracks themselves, with each ethereal number gradually revealing itself as both a study in delicate patience and refined artistry.

The spacious opening track eventually gives way to the churning fuzz of ‘only tomorrow’, a slow-burning song awash with raw guitar strains that contain threads of hope within their optimistic exploration of melody and mood. Bilinda Butcher’s faint, indistinct lyrics are typically buried beneath the stormy sonics of the song, but the title can be viewed as both a subtle nod to Loveless‘ lead-off track, ‘Only Shallow,’ while also playing at the long-delayed new songs themselves. Whatever the case may be, the band clearly finds itself in familiar territory on the track, perhaps too much so, as the song begins to plod a bit towards the end as it loses creative steam.

But rather than continuing to drift in the same aimless direction that seems to plague most modern “comeback” records, mbv locks into place with the glorious din of ‘who sees you’, a grand waterfall of a number that finds My Bloody Valentine expanding on the fluid studio inventiveness that not only captured our attention so long ago, but helped define a musical movement as well. Colm O’ Coisoig’s insistent rhythm drives the song ever forward, leaving Shields to add to the moody racket with both his hushed, indecipherable vocals and a hazy guitar riff that eventually unfolds majestically as the song reaches its distorted, blissful peak.

The band then takes a moment to let us catch our collective breath on ‘is this and yes’, a Stereolab-echoing, keyboard-driven excursion without a guitar in sight. While the hymn-like track comes off as a bit insubstantial, especially considering what comes before and after it, the song serves as a warm introduction to the album’s tender middle third, and forms a smooth bridge into the dreamy pulse of ‘if i am’. Once again Butcher’s muffled vocals form another textured layer atop the song’s bouncy beat and wah-wah guitars, crafting an effortlessly enthralling pop melody that finishes with the feeling one gets from being awoken in the middle of a dream that hasn’t had a chance to make sense yet.

‘new you’ is by far the poppiest number on the record, driven along by a vibrant rhythm anchored by a steady, hypnotic bass line. Butcher’s buoyant vocals only add to the song’s easy charm and relaxed swing, coming together to form a irresistible, mesmerizing allure that floats by on the memory of a warm summer breeze, while suggesting nothing of the cacophony of what is quickly to come.

The final third (and strongest portion) of the record starts with the raucous urgency of ‘in another way’, a wildly inventive track that builds on the unremitting drum ‘n’ bass undertones with a thoroughly contemporary discord, which elevates the experimental number into truly uncharted territory. There are regal elements buried deep within this agitated din that are reminiscent of dignified anthems for nations that have yet to be discovered and people just waiting to be freed.

This is the intrepid musical statement that the rest of the record has been progressively building towards, and rather than leaving it ringing out loudly while letting the rest of the album fade quietly away, the band only builds on that strident momentum with the spellbinding, frantic pulse of ‘nothing is’. The purely instrumental track is an absolute beast, and could continue well beyond its scant three-and-a-half breathless minutes and you wouldn’t hear one complaint. The crisp production on the number allows the focus to fluidly switch between the driving drums and the crunchy guitars many times over, as you have no choice but to lose yourself blindly within the track’s unyielding might.

‘wonder 2′ doesn’t provide any easy comedown for the listener, but the deafening roar of engines suggests that you’re either arriving at your destination or taking off for somewhere else entirely. The track is a swarm of artful, all-encompassing noise, with a frenzied, restless core that dissolves in time with the swirling, rhythmic throb of the drums and siren-like guitar squalls. The track contains the clamour and ceaseless commotion of city life itself, sounds that we typically turn to music to drown out.

Shields and his defiant creative cohorts have instead turned that modern predicament around on us with mbv, creating shards of sounds that we can retreat from only by returning to somewhere more familiar as this sonic excursion fitfully concludes. For there is assuredly no road map for this type of musical journey, only remnants of the rulebook that My Bloody Valentine tore up long ago.