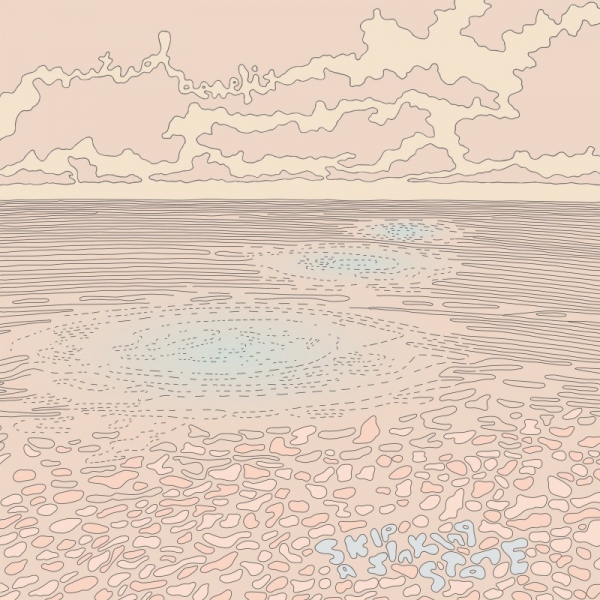 For Mutual Benefit and their ever changing line-up, life on the road has always posed a bit of a ‘have your cake and eat it’ dilemma. Songwriter and band mainstay Jordan Lee, like so many, aspired to be a musician but has subsequently become reticent of touring and being away from home.

Skip a Sinking Stone is the band's first record in three years, and as the opening instrumental "Madrugada" limbers up and reigns in a busy array of field recordings, it begins to form a sound altogether more polished than we’re used to hearing on previous albums.

Producer Brian McTear played something of a father figure during these recording sessions, allowing Jordan and co. to tweak ideas on the fly; capturing the spontaneity of a band under self-induced time constraints. And while somewhat hands-off in terms of production, Jordan and violinist Jake Falby's layered performances permeate this album in such a way that it captures the gravity of an orchestra, but in a warmer, more organic way.

Tracks like "Lost Dreamers" and "Skipping Stones" glisten with soaring counter-melodies that Jake brings to the table, off-setting the velvet timber of Lee's vocals. Despite the layers, this LP was mostly recorded as a full-band, preventing the arrangements from seeming sterile and clinical.

Musically the tracks have a freshness and a sense of beginning; they often start tentatively before finding their feet, mirroring Lee’s own anxiety over permanence, relationships and his reluctance to tour. Skip a Sinking Stone in itself is a metaphor for  the acceptance of making the wrong choice, something songs like "Getting Gone" and "Many Returns" allude to.

The transient nature of happiness and certainty is something that Jordan manages to tame on "Not for Nothing"; a lilting and vulnerable ballad that manages to find optimism within self-doubt “Could it be love that makes us change? / It’s not for nothing”.

The themes are largely introspective and contemplative, marrying well with the album’s gentle and lethargic sway, but having said that, standout melodies and motifs are often too fleeting to have a lasting impact. Mutual Benefit occasionally build to moments of wonderful melancholy, before coming back down and resetting their expectations. It’s a charming sense of reality, but ultimately the music drifts in the middle lane too much to be truly mesmerising.