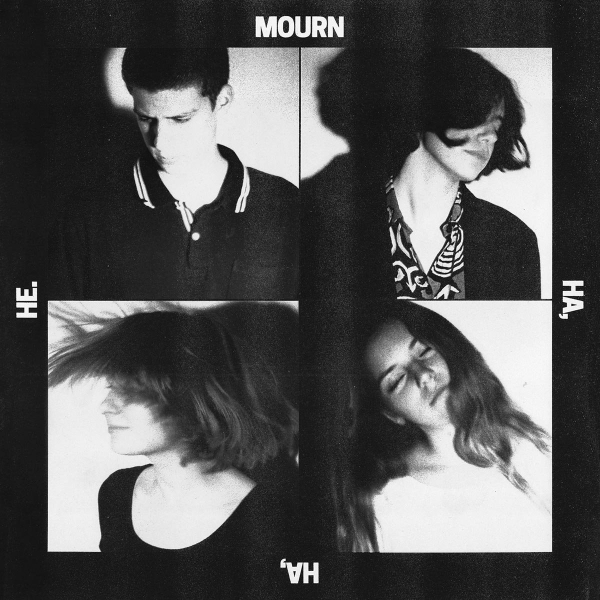 Last year, Catalonian teens MOURN took on the system and won. In December, the band accused their Spanish label Sones on social media of withholding payments and keeping their second album Ha Ha He “hostage”.

It was a ballsy move that paid off – just six months on, they’ve got their album and have made it quite clear that despite their tender ages, (three of the quartet’s members, frontwoman Jazz Rodríguez Bueno, drummer Antonio Postius Echeverría and guitarist/vocalist Carla Pérez Vas are 19 while bassist Leia Rodríguez Bueno is still only 16) these youngsters are nobody’s fools.

The stabs of 90 second-long bruising, prickly punk on MOURN's self-titled debut were borne out of boredom, disaffection and impatience – at the monotony of school and general disdain for their peers who had never heard of bands like Nirvana, Sleater-Kinney and PJ Harvey. After its release the band simply carried on writing, resulting in much of the material for Ha Ha He, but you get the feeling many of these tracks wouldn’t have quite “fit” on that debut album.

Closer "You Fry Me", Mourn’s longest song to date, at an epic three and half minutes, opens on stark chords but fall away to reveal a gorgeous propulsive bass solo almost jazz-like in its intentions before picking up again into a manic gallop towards the finish. "Evil Dead", "Gertrudis Get Through This" and "Howard" cut jagged silhouettes with fierce, searing guitars and rising yells from Bueno and Pérez Vas, but there’s a vibrancy at play which is out of step with the band’s earlier work. There can’t be much more than a year separating the writing of these tracks and the debut, but an audible shift has taken place - bitterness and ferocity are no longer driving Mourn’s sound.

Mourn is clearly a band developing at a rapid pace while continuing to play with an ability, set of musical touchpoints and a belly full of fire that belies their youth. It’s crazy to think that all four members live with their parents. The sky is literally their limit and it's intriguing, and a little frightening, to think where they could go from here.