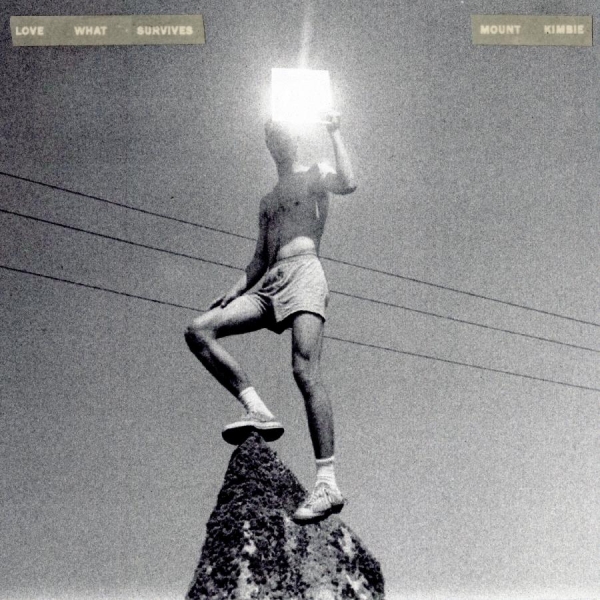 It was on their second full-length Cold Spring Fault Less Youth where Dominic Maker and Kai Campos began to explore the path that the power of the human voice could pave in the wide gamut of their electronic soundscape as Mount Kimbie.

“Now did you hear me, I killed a man?” provoked King Krule early on in his unmistakably surly and unpalatable tone, as the horns of opener “Home Recording” faded into the dial-up-tone minimalism of “You Took Your Time”. Against the backdrop of Maker and Campos’ measured and building instrumentation, the (then) 19-year-old injected into the veins of the project a heightened sense of drama as he spewed his way through his gritty and visceral soliloquy.

For Mount Kimbie’s third album Love What Survives — their second on Warp — Marshall again assumes the mantle of the second track. “Here’s another thing”, opens “Blue Train Lines”, as if announcing the return of the twisted and troubled character Marshall adopts. His lyrics are equally piercing, with every plosive loaded with all the hot air he can muster as he sputters “Her veins are now popping like Blue Train Lines / Still pumping on the bathroom floor”, amped up like a bull before its run or a boxer before his fight. Rattling hi-hats and industrial sounding feedback mimic the passing of a train on its tracks and push the frustrating tension to its boiling point, where its tappy, motoric rhythm is given a full-band resolve. If ever a circle-pit should exist at a Mount Kimbie show, this would be the moment it would welt back into the crowd. Indeed, even disregarding for a moment Marshall’s haunting vocals, Maker and Campos’ interest in this homogenous rhythm driving their fuzzy electronics here and throughout the record gives it a distinctly post-punk feel.

This aesthetic is pretty coherent for the rest of Love What Survives, be it the industrial drudge of opener “Four Years and One Day”, or the playful Late Of The Pier vibe of “Audition”. There’s something peverse about “Delta”, which manages to be stressful and euphoric at once; its recent video from Frank Lebon aptly captures this jitteriness. If the drums were just an ounce less dry in texture, the song—especially it’s epic ending—would sound completely different.

Not that it should, mind. The sound of Mount Kimbie has always developed with subtlety in both a macro and micro sense: the way each album has grown from its predecessor, and the way the feel of each track builds and snowballs in size, respectively. Moreover, the best parts of this record are those that temporarily leave this motorik-centric rhythm, such as the psychedelic waltz of “Tamed”, or the stoned-soul of “We Go Home Together”, over which wails long-time friend and collaborator James Blake.

It’s the offbeats and irregularities of “Marilyn” that steal the show, though. “I’m looking up at you, yeah / Are you looking up at me, yeah?”, sings Mica Levi in a way that’s either innocent or ominous, it’s hard to tell. A song with a shape that shifts every time you try to define it, cognitive dissonance never sounded so sweet.

Though it may seem ironic that for all the glitches, warps and pops of their earlier material, Mount Kimbie find themselves gravitating towards the simplest of beats, Love What Survives is a close examination of how rhythm can define and alter our perceptions of electronic music.