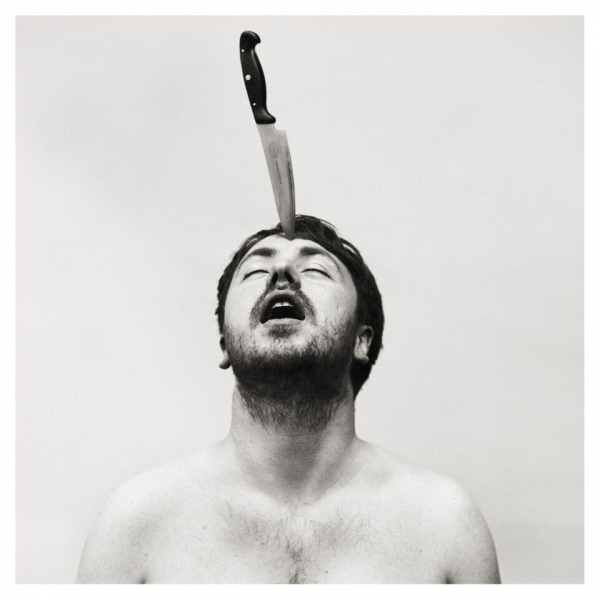 Probably the most attractive thing about MONEY around the time that they released their first record, The Shadow of Heaven, was their willingness to embrace juxtaposition.

Instrumentally, their tracks were so often beautifully measured, all shimmering guitars and sprawling soundscapes, and yet frontman Jamie Lee’s lyrics burned with real intensity. At a hometown show in Manchester in 2013, they relayed the record with precision and poise, but not before Lee had warmed the crowd up with a decidedly ramshackle rendition of The Pogues’ “A Pair of Brown Eyes”, bottle of whisky in hand.

Lee seems like a real character in a musical landscape hardly overflowing with them, both in terms of stage presence and the tone of his interviews. MONEY’s second LP was born out of some serious personal turmoil, and both the title - Suicide Songs, which at face value seems dangerously flippant - and the cover, featuring Lee with a knife apparently puncturing his forehead - suggest that he’s chosen to face the demons behind the album’s inception head-on.

Lee’s voice, literally and figuratively, is at the centre of this record. His delivery is remarkable; there’s a lot going on all at once. There’s power and vulnerability, simultaneously, in his unvarnished approach and any temptation to bury the vocals in amongst reverb is resisted, lending the tracks real emotional heft that, while always a feature of their live shows, was frequently lacking on The Shadow of Heaven. Some understanding of his personal situation during the making of the album - relocating to his native London from Manchester, where his drinking had spiraled out of control - is key to understanding just how crucial the expressiveness of Lee’s voice is to these songs; he wavers nervously on “Suicide Song”, battles lush orchestration for prominence on “I’ll Be the Night”, and snarls his way through “All My Life”. The approach changes, but the sheer conviction seldom falters.

The instrumental palette that the trio paint with on Suicide Songs feels considerably less refined than on its predecessor; that’s out of a desire for experimentation, maybe, or just a reflection of the less-than-stable circumstances in which it was conceived. The considered, often glacial environments that characterised The Shadow of Heaven have given way to more erratic backdrops; unsteady guitars on opener “I Am the Lord”, for instance, or the jarring fluctuations in tempo on the near-nine minute “Night Came”. On the first half of the record, especially, it fits both the tone of Lee’s lyrics and the urgency of his vocal takes.

Recent interviews suggest that Lee is in a better personal place now than he was when work began on Suicide Songs, and it’s hard not to read into the one-two of “I’ll Be the Night” and “All My Life” as being representative of an upswing, especially in terms of how they sound. There, there’s some ground ceded to the old MONEY, to the swell of sweeping drama and the pure theatre of their uplifting arrangements. This is not as bleak or as unrelenting a record as it might seem on the face of it, and it isn’t, either, quite the record we might have expected to follow The Shadow of Heaven. Rather than build on that record’s elegance and lightness of touch, MONEY have traded it out for something less polished, that’s often brutal in its emotional delivery. Not an obvious next step, then, but certainly a compelling one.