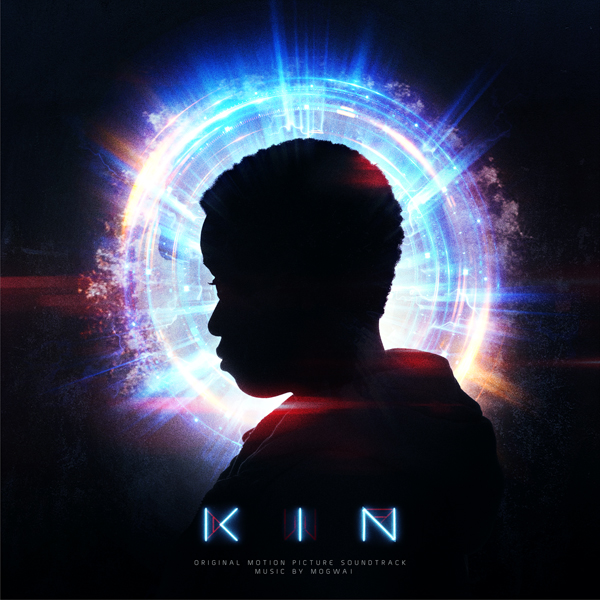 Glasgow’s premier post-rock outfit are by now old hands at the soundtrack trade, but KIN is actually their first for a feature film.

Since the mid-2000s, Mogwai have provided the musical accompaniment for one television series, Les Revenants, and a clutch of documentaries. Among those docs, their soundtracks for Zidane: A 21st Century Portrait (2006) and Atomic (2016) have felt the closest in character to the band’s regular work, and they even toured in support of the latter. KIN comes even closer to the composition of a Mogwai studio album, to the point where the line between the two is starting to blur.

“We’re Not Done (End Title)” is the most striking example of this breakdown in difference; a storming tune in a similar vein to “Teenage Exorcists” but even more catchy and upbeat, with frontman Stuart Braithwaite using one of his occasional opportunities at the mic to sing verses and choruses about holding back fear and fighting against the past, which one would imagine relate at least vaguely to the plot of the movie. This kind of deep-in-the-career turn toward the accessible is still not the usual for Mogwai, but it is becoming less of a rarity.

The eight tracks that come before that parting shot offer more in the way of space, tension and texture, as befits music that is meant to accompany cinematic action, but as a stand-alone album KIN stands up well from start to finish. The shifting atmospheres and swirling build-ups of “Donuts,” “Guns Down” and the title track in particular are worthy of being put center stage, and could easily become live favorites. Same goes for the deep, heavy-footed “Flee.” KIN is the uncommon soundtrack that doesn’t require any context other than its own to command more than passive attention.