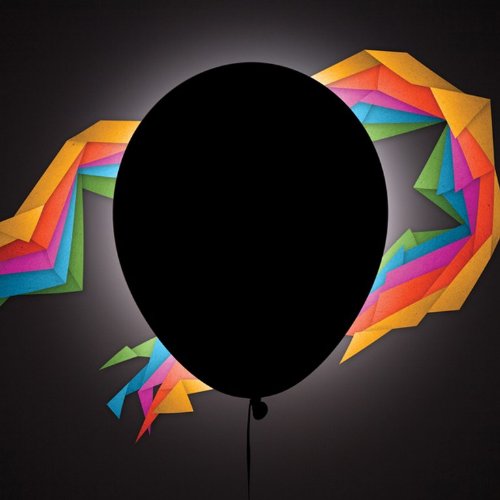 While Milagres’ 2011 debut, Glowing Mouth was plagued by conventional attempts at Coldplay-esque arena anthems and sleepy, Grizzy Bear-soundalikes, the Brooklyn quartet sound inspired and predominantly original on their intoxicating new album, Violent Light. Frontman Kyle Wilson, who was hospitalized while writing the songs that comprised their initial offering, is reinvigorated this time out, and the buoyant, imaginative new songs take on his enlivened spirit, while not being burdened – at least musically – by the darker undertones of their earlier work.

There are still plenty of obvious influences and inspirations that course through much of Violent Light, but the material itself continually sounds fresh and quite vital. The group adds a distinctly modern flourish to songs that instantly have an air of familiarity to them while also being steeped in the sonic flavors of the past. Lead-off track “Perenial Bulb” is a perfect example of the fluid blend of this musical dichotomy, as the spare, piano and effects-laden intro is reminiscent of Brian Ferry, before the track unfolds in a pulsating burst that echoes the dynamic modernity of TV On The Radio. It is a bit of a strange mixture, mind you, but it works well in the end, and gets the record off to a strong start.

The album downshifts a bit with the somber strains of “Terrifying Sea,” a searching number which illuminates just how mundane self-inflicted pain gets after a while, and how we all need something a bit unpredictable to shake us out of our comfortable cocoons. The electro-pop swing of “Jeweled Cave” gradually swells to an artfully restrained, Suede-like chorus. The graceful end of the track soars elegantly over a disco-like beat that smoothly transitions into the insistent, tribal drum beats of “The Black Table,” one of Violent Light‘s clear standouts. The moody, lovelorn number echoes the simmering candour of Depeche Mode, and continually threatens to break open into a restless cacophony that never really arrives, only adding to the anxiety and tension infused in the capricious number.

“Column of Streetlight” evokes the bold histrionics of Muse, and spiritedly anchors the album’s strong middle section that proudly wears its influences well. “The Letterbomb” is propelled along by a staccato guitar riff and sprightly vocal experimentations that hint at David Longstreth’s idiosyncratic work with Dirty Projectors, while the soulful charms of “Urban Eunuchs” strongly suggest late-period David Bowie. And while these glaring similarities might turn off some modern music fans who are more interested in listening to the originals, these tracks contain a distinctive contemporary flourish that proves to be rather compelling, making the songs themselves eminently listenable and memorable in their own right.

The end of the record does feature a few missteps, as “IDNYL” sounds far too similar to the mopey chillwave ringing out from the basements and bedsits of trendy urban neighborhoods everywhere, while Milagres once again settle for a tepid and colorless Coldplay retread on “Sunburn.” One Coldplay is more than enough, thank you. But the band thankfully straightens up on the ominous album closer, “Another Light,” which features a haunting piano melody on top of a mercurial beat that gradually gives way to a sublime guitar-fueled chorus that stays on the right side of the emotive Chris Martin chasm. Milagres take a self-assured step forward creatively on Violent Light, even with influences that are still easy to spot. This time out, they do a far better job injecting their own original spirit into their stirring music and impassioned songs, while taking these familiar musical sounds and styles of the past in a modern new direction.