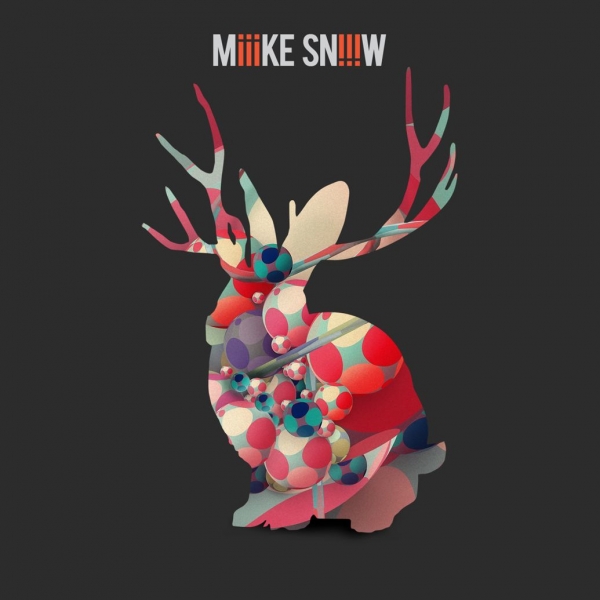 The first two Miike Snow records weren’t without their guilty pleasures, but iii, the high-powered Swedish trio’s new project, is easily their most robust and impressive work to date. The product of a three-year hiatus, it features not only some of their catchiest pure pop, but also the group’s most thrilling forays into a darker, heftier sound.

While pure synth electronica served as the backbone for 2009’s Miike Snow and 2012’s Happy to You, a defiant hip-hop edge courses through the heart of this record. Breakbeat drums give tracks like “Heart is Full” and “Lonely Life” a bit of a snarling intensity, which compliments Andrew Wyatt’s reedy tenor.

Run The Jewels pop up on the “Heart is Full” remix, and while El-P doesn’t quite nail the song’s tone it is still a blast to hear the two talented MCs work Bloodshy & Avant’s soaring Etta James sample.

Old fans looking for earworm melodies and inescapable hooks won’t be disappointed, either. “Genghis Khan” is perhaps the best single the trio have ever released, and “The Heart of Me” blends powerful piano chords and crunchy drums into a concoction that sounds like a stripped-down Passion Pit at their absolute peak.

“We all love hooks, and we're all good at that to some extent, so that's what we do. But we try to make it a more interesting journey for people in the visuals and in the lyrics. We don't like to have it be super one-dimensional or bad for your health,” Wyatt told Rolling Stone about iii.

Their Charli XCX collaboration “For U” doesn’t quite succeed in sewing together its verses and chorus, and while “Longshot (7 Nights)” is ultimately harmless its synth strings and horns smack of Vacationer.

Still, the misfires on iii are few, and this is a record that deserves spins not only from Miike Snow diehards, but also those who believe the group may not be their cup of tea.