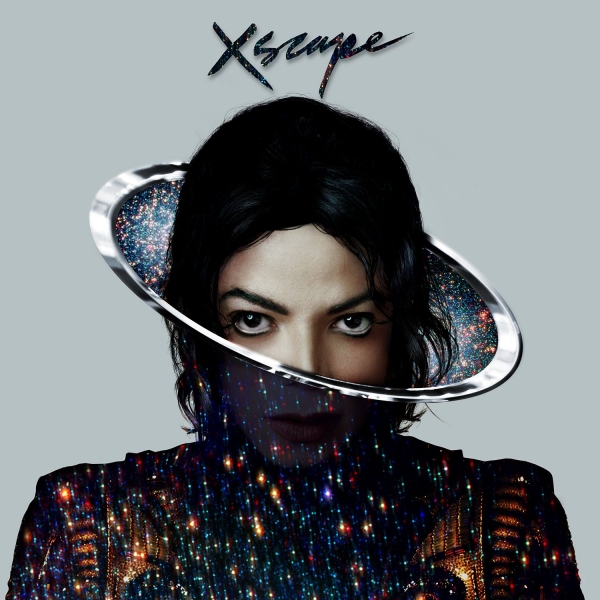 Back in 2001, a bewigged and bewildered Michael Jackson, as a riposte to a distinct lack of support from his record label, took the promotion for his contemporaneous Invincible album upon himself by venturing forth upon the streets of New York and participating in a record signing at Virgin Megastores. In a further desperate manoeuvre, the album was then released with five different coloured, although otherwise identical, covers: a tactic motivated by the somewhat cynical assumption that this would boost sales due to the fact that his millions of diehard fans would surely buy the album in all five different colours. The colours were blue, yellow, green, red and silver.

The reason his record company gave at the time for the relative failure of the album, was that Michael Jackson had lost his appeal. Now he’s dead, however, it’s been decided that there’s actually quite a bit more money to be mulched out of his name, and so begins a massive advertising assault in order to garner it. Who could have guessed the zombie reanimation of Michael Jackson in the “Thriller” video would prove to be so prophetic?

The cover of the new release, Xscape (something Michael Jackson attempted to do from his record label for a decade) features what is ostensibly the semi-gestated chimera of a coital union between Babylon Zoo and Daft Punk, which - ironically - appears to be living inside a massive, sparkly condom. The tag-lines that accompany the album’s promotion are: “The Best You’ve Never Heard” - which can only be a sarcastic allusion to the fact that seventy-five percent of the tracklisting consists of lovingly bastardised fan-favourite versions of demo tracks that have been online for up to eleven years; and, “Hearing Is Believing” - which can only be a sarcastic allusion to the widely-held fan consensus of the record label’s employment of a vocal imposter on their previous posthumous Michael Jackson release.

”Place Without No Name” is a grammatically-challenged interpretation of 1970’s folk rock band America’s hit “Horse With No Name” - in which context, the word ‘Horse’ is a euphemism for heroin. Lyrically, it bears little resemblance to the original; with the narrative concerning the story of a man whose jeep breaks down, before heading through a mist within which he discovers a temptress who persuades him to stay with her, rather than return to his family. All I’m saying is, as far as analogies go, Michael Jackson was apparently using a lot of opiates at the time this track was written and recorded. Indeed, there is a poignant comparison to be made between the broken down car featured in this track, and the car involved in his 1987 funk vehicle “Speed Demon”, in which he sings “Speed Demon / You’re the very same one / Who said the future’s in your hands / The life you save could be your own”.

”Blue Gangster” recalls us once again to the oft-referred theme of Michael Jackson being unlucky in love; with the lyric, “Look what you done to me?/I can no longer smile”, and the inherent sadness comprising the “Aaah aaah aah” of the bridge being tangible. “Place Without No Name” and “Blue Gangster” were both tracks worked on for the Invincible album that didn’t make the cut.

”Do You Know Where Your Children Are?” was written during the Dangerous sessions. For reasons perhaps obvious - after the fall from grace that was the events of 1993 - this song with its potentially discomforting title had been indefinitely shelved. Which is unfortunate, as it’s a powerful track: a strong melody making a social commentary on twelve year old children prostituting themselves for a chance at fame. The previous posthumous album contained a track entitled “Hollywood Tonight”, which carried a similar theme. However, their cartoonisation of Michael Jackson meant that the song was sanitised for public palatability, with their removing of the lyric “She’s only fifteen” also removing all context.

I have a reluctance in mentioning the names Michael Jackson and Justin Bieber in the same sentence. But to refrain from doing so would be disingenuous in the description of the history of the dance track, “Slave To The Rhythm”. This is its fourth incarnation: the most recent one prior to this version being a digitised duet with the aforementioned teenybopper who spits on his fans. That version was quite the mystery (and fucking awful), but thankfully, The Estate of Michael Jackson finally stepped in to put an end to the nonsense, whilst denying all knowledge of any involvement in the Frankensteinian fiasco. Pick your version wisely. The melody of the track’s verses borrows heavily from Northern Soul classic “The Snake” by Al Wilson. But, for once, it’s Michael Jackson siding with the woman in a romantic relationship: a downtrodden dancer constrained by the demands of her domestic life.

”Xscape” is the only track on the album which has been remixed by its primary producer, Rodney Jerkins. As such, it is perhaps the only song on the album that could possibly resemble what the original Executive Producer might have wanted. As for “Love Never Felt So Good”. Well, it did actually. It felt much better before a hoard of faceless goons got their hands on it. Needless to say, I won’t be further contributing to their coffers and purchasing Xscape.

But, yeah. I do own every colour of Invincible.