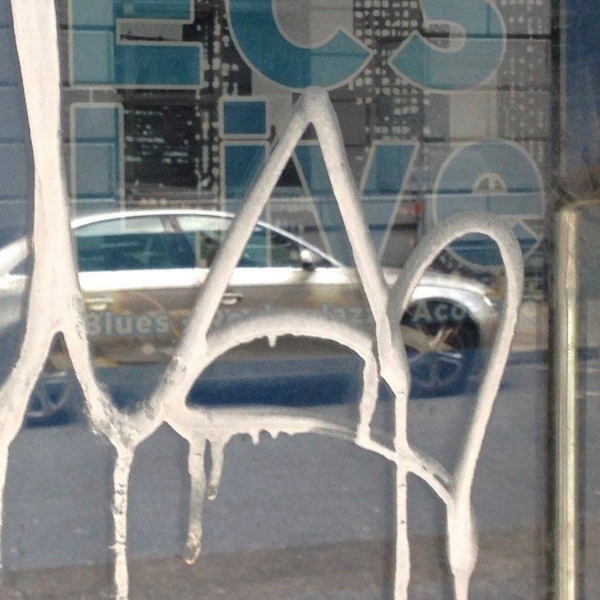 Remain Calm is a disorienting listen of sounds borne of a proudly plural aesthetic, a postmodern music caught in the woozy nowhere between melodic and noisy, organic and synthetic, past and present.

They are malleable, formless pieces that do little to heed to the structures of time within which they were composed; they have no discernible sense of direction or telos. Rarely do their sounds represent anything beyond sound itself. It is hard to identify a sense of heritage, influence, or lineage in this music.

The project, a collaboration between Mica Levi and cellist Oliver Coates, started life as an impromptu jam for the former’s NTS radio show. Levi’s name used to be most commonly associated with the wild, restless experimentation of Micachu and the Shapes – now she is perhaps better known for her uncompromising work as a composer, most notably on Jonathan Glazer’s Under the Skin. Coates, meanwhile, a bastion of contemporary classical music: a member of the London Contemporary Orchestra, artist-in-residence at the Southbank Centre, curator of this year’s DEEP∞MINIMALISM festival for that same venue. His four strings are also for hire, the likes of MF DOOM, Actress and Massive Attack all having called upon his services. Most recently, he contributed to Radiohead’s A Moon Shaped Pool. Presumably a shared fondness for the rejection of convention was both the initial attraction that brought this enigmatic pair together, and the finger trap keeps them working together still.

On Remain Calm, they seem beset on upending their respective roles further. It is not too much of a conceptual leap to imagine a cello as the hulking, living tree from which it was cut down: it is, after all, an instrument that responds to a deft touch, to the heat and the cold – its sounds begin and end with vibrations in the air. But here, Coates’ cello is rendered alien. Rarely is the listener cognizant of the fact that it is a cello at all. Even at its most exposed, as on "Barok Main", it's a lurching, spectral approximation of what is expected from the instrument (Levi, meanwhile, orchestrates the shadows and reflections of Coates’ playing in the background). Elsewhere, as in the early-morning mist of "Dolphins Climb onto Shore for the First Time", it flutters and twitches, an instrument in a state of delicate convulsion.

Almost the opposite is true of Levi’s digitalisms. Even if her sounds—chopped and skewed and splintered—don’t quite seem those of flesh and bone, they at least possess some life-sustaining qualities. The water drumming on "Schoolhouse", the distorted voice on "I’ll Keep Going", something equal parts distressed elephant and free-jazz trumpet on "Fight in the Men’s Toilets". The pair are both classically-trained musicians, and in that sense the shadowy presence of Pierre Schaeffer—a composer whose work revolved around the task of abstracting concrete sounds into the unknowable—hangs over Remain Calm. Some of this music supposedly began as samples of Coates’ orchestral compositions; just half a century since Schaeffer’s heyday, a laptop and a torrented plugin is all that is required to render them completely other.

Remain Calm’s 13 tracks pass in a brief 28 minutes, the shortest of these contorted vignettes lasting just the same number of seconds. Each is it its own entity, a different shade of light and colour, a different lifeworld entirely. At all times, though, this music seems to accept the Cageian mantra “let sounds be themselves” as gospel, letting them free of context and association and expectation. Titans of contemporary classical canon—Xenakis, Ligeti, Boulez—and electronic experimentalists such as Matthew Herbert (himself a former Levi collaborator) are all approximate points of reference, but approximate is certainly the operative word. A beautiful, strange, unknown entity.