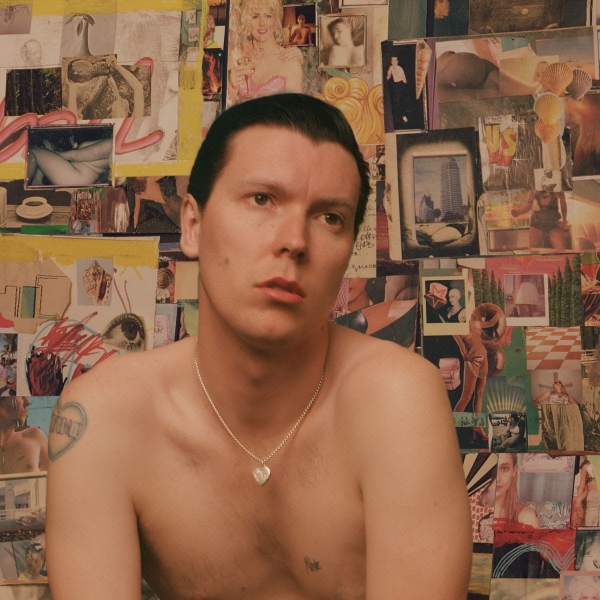 Despite its titular allusion to pastel-toned shirts and immaculate Armani suits, Alex Cameron’s Miami Memory withholds on the neon-bathed, synth-soaked fare that has framed much of the Australian crooner’s body of work so far.

Whereas Forced Witness reinforced the brash electro-pop precedent established with Jumping The Shark, this third LP indulges a sanitised adult contemporary gleam, despite raw, undiluted caricatures remaining a perennial feature. The title track, for instance, deals with intimacy in vividly blasé fashion: “Eating your ass like an oyster / The way you came like a tsunami”. Reliably, the Sydney-born artist spares little detail elsewhere in delineating portraits of socially ostracised characters, figures straddling the margins of the mainstream, belying the album’s surface instrumental gloss. Strength is drawn from this authentic, less than fairy-tale imagining of society, issued with laconic nonchalance, pervasive in Cameron’s songcraft.

A maturing, weather-worn state of reflection is conveyed with typically poised form, wrapping salacious sleaze in a palatable veneer. Endowed with such characteristic moral ambiguity, “Far From Born Again” couples with the line “she’s doing porn again” in fleshing out the life of a sex worker; an unabashed approach that lends credibility to the stripped-back world presented. Album opener “Stepdad”, in contrast, proves an exercise in faded rumination, indebted to the piano-peppered power balladry of Don Henley and Bruce Hornsby; capturing the singer-songwriter’s interchangeability between ephemeral and intimate insight. Ambling acoustic and accordion elements drive the slow-burning “Gaslight”, anchoring between John Mellencamp and Graceland-era Paul Simon for inspiration. Equally, “End Is Nigh” erupts with Springsteen-esque heartland rock while “Divorce” taps into a similar stylistic vein, writhing with droll quippery: “To meet Elon and his clan / With his batteries full of sunlight / And his cars that run on sand”.

Traditions of sardonic jocularity and polished sheen, which grace his first two albums, linger as an ever-present fixture, rather than a recollection, on this latest release. Transgressive inclinations emerge as a more prominent feature, notably on “Too Far”, with its elaborate scope leaning on Phil Spector’s Wall of Sound technique as a discernible influence. In this respect, Miami Memory displays an increasing, albeit cautious, capacity to divert from a well-trodden trail; seeing Cameron’s confessional voice explored and defined to a degree previously unseen in his output.