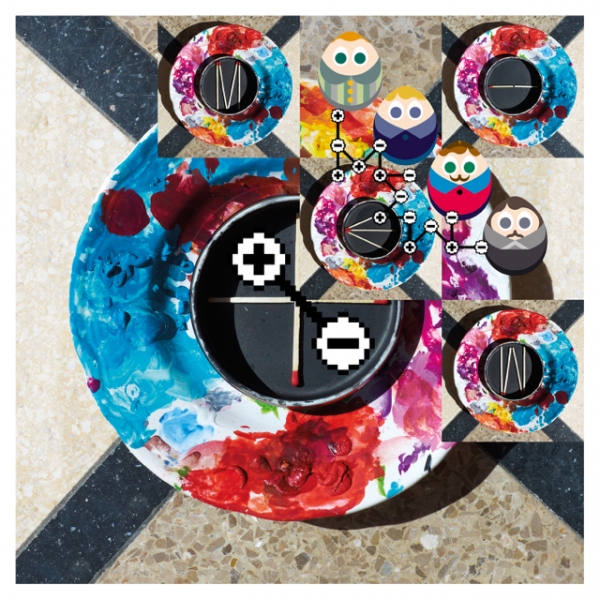 Six years of near-silence was all we had from Mew following 2009 record No More Stories…, discounting their ‘greatest hits’ compilation. The record, an experimental odyssey of space-rock, world beats, obscure art music techniques and oddball pop left a bittersweet aftertaste that many fans were unable to come to terms with – it remains their most divisive record of their post-Frengers era, with some decrying it left, right and centre, and others applauding the ingenious subversion of genres and expectations. If nothing else, it was a Mew album through and through.

Notably, it was the first record after the departure of long-time bassist Johan Wolhert. Whether his lack of presence had any impact to the final product was wildly speculated upon, but now that he’s re-entered the fold for album six, +- (‘plus minus’), it seems all the wrongs have been righted. So, with Wolhert back in tow, And The Glass Handed Kites producer Michael Beinhorn (Korn, Marilyn Manson) and Frengers mixer Rich Costey on board, we’re greeted by an album positioned, although not overtly said to be, a return to roots.

In terms of sheer size of components, there is a streamlining on +-, with fewer orchestral and exotic embellishments (although they’re not totally gone… we’re welcomed into the new record by harps, for a start). Choirs are at least reduced, and the quartet’s penchant for showmanship has been recycled into synthesiser explorations and a resurgence of their staple diet: massive guitars. If you look at the “Am I Wry? No”s of their canon, it’s the axes that shine through – probably in part due to Beinhorn’s metal-tinged influence – and while No More Stories… did have pivotal riffery in tracks like “Repeaterbeater”, they were never the vein same as, say, “Apocalypso”.

The ingredients make it something that really should be on par with their early LPs, as a finished whole, it isn’t. It couldn’t be, though, could it?

It’s not perfect by any means. “Rows”, the “Comforting Sounds” of +-, eschews the frailty and subtle evolution of its forebear. It’s much more proggy, more like the No More Stories… material steeped in dreamgaze and hypnotronica. It always feels like it’s on the cusp of soaring up into the night sky, ready to explode in a million sparkling pieces, but the touchpaper’s never lit. Instead, it just fizzles away.

“Making Friends”, backed by what sounds like a beatboxer, (very almost) lifts a lick from “Introducing Palace Prayers”, and “Clinging To A Bad Dream”, even though it stands at almost seven minutes, could do with its raucous pinnacle being stretched out. However, the pluses outweigh the minuses (pun intended).

“Satellites” screeches past in a heady glory. “Witness” – a rare peek behind Jonas Bjerre’s iconic falsetto – is a high-octane trip into danger, with Mew yanking back a sinister thread from their past as all the instruments duel for attention. “The Night Believer”, a collab with New Zealand’s Kimbra, is a buoyant love letter that pushes the envelope and feels like the most natural progression from Frengers. “My Complications” is a by-the-numbers Mew cut (in the best way possible), with serrated earworms and art-rock tendencies, courtesy of Bloc Party’s Russell Lissack.

For the naysayers in the ranks of the Frengers, this album should herald a return to form. Even for those that did like No More Stories…, this will score highly – it feels more like a Mew LP. That said, while the peaks on +- are cloud-scraping highs, there are lows to temper the bliss. It bodes well for their next adventure, and will probably make a lot more sense as a bridge between album five and album seven.