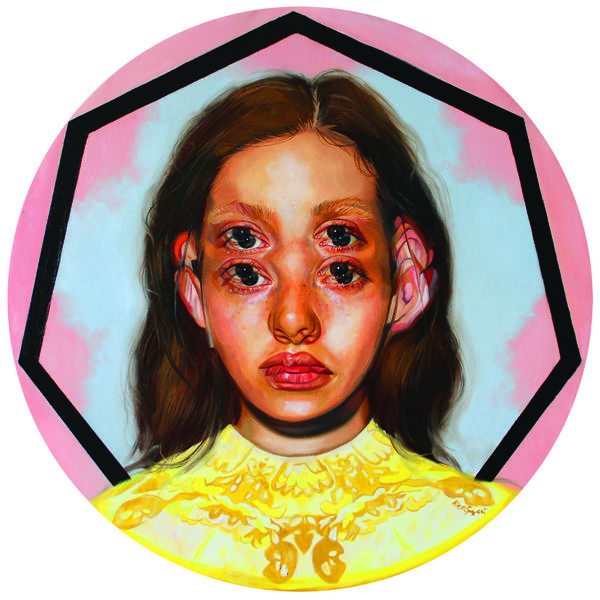 Melt Yourself Down have always been a band out of time, by which I mean their frenetic sax led sound pushes forward as much as it leans back.

They’ve always created an exuberant sound, in part an ode to the wild jazz of the ‘20s and ‘30s and in part an unpredictable, futuristic melting pot of everything from punk to afrobeat.

New album 100% Yes sees them continue this push and pull experiment, but also finds them indelibly tied to the present. Not only because they'vet helped create the musical landscape in which they now thrive (setting the scene for ex Melt Yourself Down member Shabaka Hutchings’ endeavours in Sons of Kemet and The Comet Is Coming, and arguably the free jazz experiments constantly emerging from South London at the moment) but because they tackle subjects from the Grenfell tragedy to our reliance on social media (“Every Single Day”).

On their third studio album, legendary saxophonist (and jazz-punk band Acoustic Ladyland founder) Pete Wareham and vocalist/lyricist Kush Gaya lead a politically charged manifesto that is at its most powerful becomes a rallying cry or an acerbic, pointed question. “Born in The Manor” might be the most candid example of this. Offering up a more surreal and subdued sound, it holds no punches when it comes to the subject matter as Gaya’s vocals take vitriolic aim at those responsible for Grenfell: "Born in the manor / Born in the gutter / For dem it don’t matter / Blacker, whiter, browner / You burn in a tower.”

Album opener “Boot and Spleen” is, sonically, every bit as joyous as we’ve come to expect from the London six-piece but it too has a dark side inspired by the history of British colonialism in India. Elsewhere stand-out single “Crocodile” explores the terrors of the Russian drug ‘Krokodil’ as a metaphor for youth decay and Gaya’s time in Bristol where he witnessed friends struggle with, and die from, addiction.

All this heartbreak and hardship doesn’t stop the new record bubbling with a hopeful energy born from the meandering psychedelic melodies and looped mantras of the title track, to explosive sax solos to thrashing rhythm sections of “It Is What It Is” that kick the shit out of your ear drums. Everything is potent, everything has purpose. The six-piece have retained a strong sense of the wonderfully free spirit improvisers they are on stage, but with Youth and Ben Hillier on production duties there is a more refined focus to their output. 100% Yes in turn deserves greater focus from the world at large.