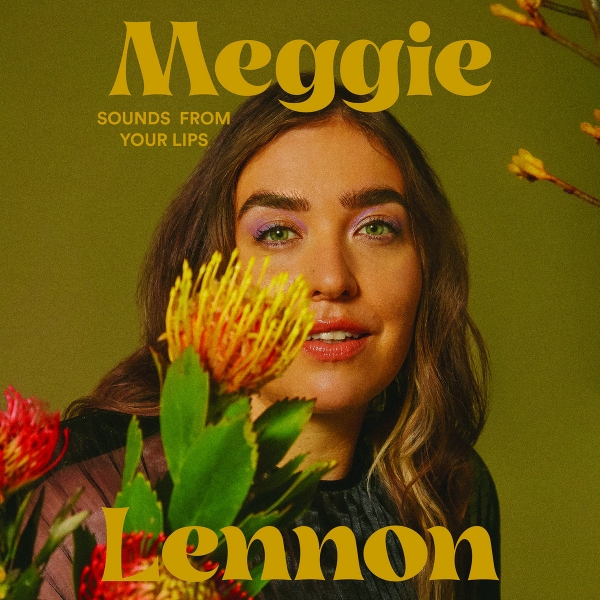 Sounds From Your Lips, the debut record from Meggie Lennon, is the ideal soundtrack to a long-awaited summertime of hedonistic freedom.

The Montreal-based singer-songwriter cut her teeth in the indie-pop outfit Abrdeen who released just one EP together, 2017’s Endless Nights and Dreamlike Mornings. Now, Lennon introduces herself front and centre on Sounds From Your Lips, a lush collection of songs that revels in a hazy dream-pop sound à la Melody’s Echo Chamber and Cults, infused with the psychedelia of the late 1960s and ‘70s.

Opening cut “Night Shift” is an homage to evenings spent working part-time at bars, Lennon savouring whatever slice of the day she can; luscious strings and cosmic synths illuminate her walk home as she encourages us to “take a glimpse outside.” Languorous guitar strums ladder their way across “Mind Games” as the fog of an on-again, off-again affair swirls around her: “You’ve kept the best part away from us but I’ll keep playing / Even though I might lose again, I don’t care”.

Aptly described by Lennon herself as “make-out dream-pop”, the atmosphere of Sounds From Your Lips is thick with love and lust, like humid tropical air. On the sumptuous and spacious “Long Time” she pays tribute to oral pleasure, and “Victim of Excess” is woozily over-indulged, revelling in mistakes made while under the influence. Each track is potent and heavy, swallowing you whole and absorbing every sense.

At just eight tracks and thirty-one minutes long, Lennon’s debut is a fleeting moment of her heady optimism. But as closer “Lost in the Plot” swirls the album towards its end, it feels more immersive than ever. Whirring electronics draw you further in, and her alluringly sweet voice ensures you stay under her spell — you’ll want to keep Sounds From Your Lips on repeat until the leaves turn brown.