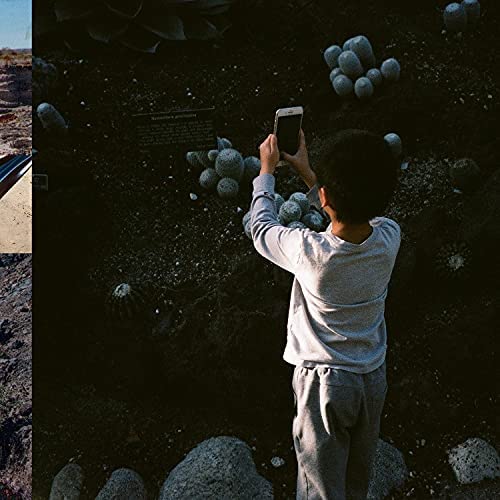 By this point, the most we can hope for with originality in songwriting is old forms twisted into previously unseen shapes, or so many different ideas crammed into one that we lose sight of the sources. Erin Birgy is clearly unaware of such limitations. Life, and Another (Birgy’s sixth album as Meg Bog) seems untethered to not just any audible forebears or genres, but often also the codes and conventions of our planet.

At first, the album’s topsy-turvy abstractions and mind-boggling visions (harpies over Loch Ness, anyone?) can bring to mind a hollow exercise in studied eccentricity - an impression strengthened by Birgy’s bizarre intonation during the icy synth lagoons of the frostily funky “Station to Station”. "You think you’re funny/I don’t get it’’, Birgy coos on jangly opener “Flower”, and listeners taking their first tentative steps into Life, and Another may well feel they are locked in the ‘’impenetrable probe’’ referred to during the hyperactive-toddler-on-a-sugar-binge twitchiness of “Weight of the Earth, on Paper”.

The safety of the formulaic pop conventions may seem the safer option at such points. That would be missing the point entirely. In a world saturated by musical wallpaper and receding attention spans, Life, and Another doesn’t just deserve but absolutely demands our undivided attention in order to reveal its wildly imaginative, surreally scented bloom. Germinated in the isolation of the New Mexico desert near to Rio Grande and brought into blazing technicolor life with a large support cast (including Big Thief drummer James Krivchenia and, at one point according to the credits, actual coyotes), the occasional visits to edge of comprehension during Life, and Another ultimately coinhabit harmoniously with depths of genuinely deep human feeling.

Like any good writer working in any medium, Birgy makes us sweat a bit for the emotional pay-off: it takes a while to decode the wealth of loss and longing loaded in the tightly clipped lines (‘’in a Coach leather bag/you gave me/mom found/curb sale/what an amazing/two dollars’’) of the gloomy small-hours shimmer of “Maybe You Died”, one of the album’s highlights. Elsewhere, the subtly misshapen pop bounce of sax-coated “Crumb Back” and psychedelically frazzled fuzz emissions of anthemic closer “Ameleon” pack a faint echo of Cate Le Bon (a definite kindred spirit). Although Life, and Another really has nothing to do with the post-post rock emissions of Black Country, New Road, the logic-defying contortions of the angularly alien title track and sudden swerves from soothing guitar hymnals (“Darmok” ) to the almost Metallic power-crunch of “Bull of Heaven” pack a similarly refreshing convention-defying ethos.