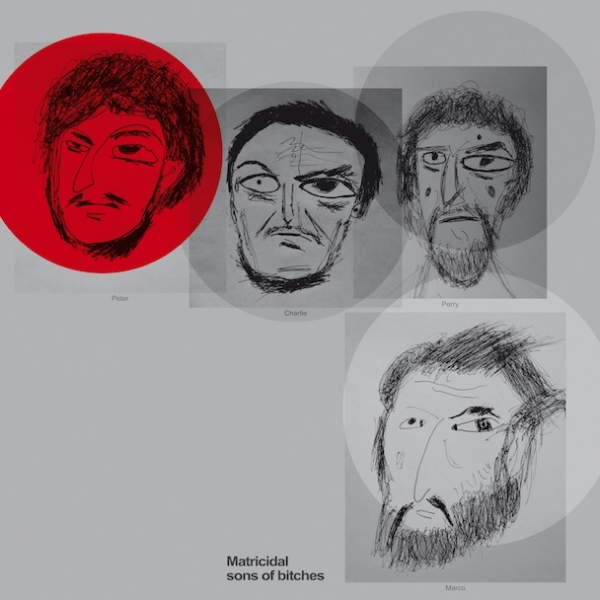 45 tracks. A record that acts as a soundtrack to a film that doesn’t exist. A crowdsourcing project that’s asking people to submit videos inspired by an album they’ve not even heard. If Matthew Friedberger was still open to the idea of having an album reviewed before the listener had heard it, I’d be well on the way to giving Matricidal Sons of Bitches a big fat zero, but ten out of ten for pretension and wilful obtuseness. I’m not going to give Friedberger’s latest solo record zero, but this is such a disappointing, tiring, over-the-top and ultimately pointless exercise that it’s not going to be a high score at all.

I’m always going to have a soft spot for Matthew Friedberger – and sister Eleanor – thanks to their work as Fiery Furnaces, a band responsible for a series of fine records including Gallowsbird’s Bark and the unsurpassed (in FF terms) Blueberry Boat, and who even managed to reverse diminishing returns with 2009’s I’m Going Away. As a band, the siblings seemed to balance out each other’s styles, but in a solo capacity Matthew’s work has become increasingly unhinged and experimental. Following his 2006 more-miss-than-hit double album Winter Women and the Holy Ghost Language School he undertook the task of releasing eight vinyl-only albums across 2011 and 2012. Again, you have to wade through the crap to find any glimpse of a diamond across the series of records and one wonders exactly what the point of it all is. Indeed, Friedberger’s own rambling assessment of this new project is impenetrable at best. Perhaps he should take a leaf out of Eleanor’s book, who, to this date, has limited her solo work to a very fine record, Last Summer, released last year. And so, without any quality control, Matricidal SOBs is 45 tracks of music, often just short fugues, that are extremely short in quality.

For a soundtrack that’s supposed to be for an unrealised horror film (Friedberger is calling his, presumably imaginary, production company Poverty Rue, by way of tribute to Poverty Row, the name given to B-Movie studios in the 1930s-50s), Matricidal SOBs is neither scary or atmospheric; nor is there any noticeable narrative despite being split into four clear suites of music. Things begin with the ‘Ladies in Waiting’ section and a female voice intoning “I have hated many people in my life, but some stand out/My father/My brothers, too/The neighbors/But the person I hate the most is my mother”. This is followed by welcoming piano, but is then replaced by – variously – squelching synths, rapid drum machines, harp, calypso rhythms, and sultry French-tinged brass, all for less than two minutes at a time. We then have the ‘Brand-New Mothers’ section, heavy on synthy strings and stabs of piano and organ which gives way to awful, irritating sampled choral/operatic voices and jazzy guitar licks and more of the brain-frying synth squelch that proves to be a complete irritation over the course of the whole record. At times, suite three – ‘Expectant Fathers’ – appears to be the best and most bearable; it’s generally gentler in tone, even sombre, and shows that Friedberger does still have the talent to write engaging music. But it’s not enough as ‘Dying on the Sixth Side’, despite a promisingly gloomy start, drifts away into a series of “will this do?” half-thoughts and brain farts.

It’s not even as if the concept of writing music for an unrealised film script is new: both Olivia Tremor Control and the underrated Home have done it already, and done it a whole lot better than Friedberger has. He’s said this about the project: “I like the idea in this case because it’s a movie without any pictures or a movie soundtrack - the fact that there is no movie, the record is already at a disadvantage. It’s artificially impoverished. And that’s fun – to me.” You know, we could get into the philosophy behind making music and the concepts behind an album, but in the end the philosophy or the concept has to be backed up by the music, and in this case Matricidal SOBs simply doesn’t have the quality of music to warrant the project. I read a review recently that said the debut album from Godspeed You! Black Emperor filled a hole in music that we didn’t know existed or had forgotten about… Well, Matthew Friedberger has just created a hole that didn’t exist with this record, and filled it with music we really don’t need. One to (a)void.