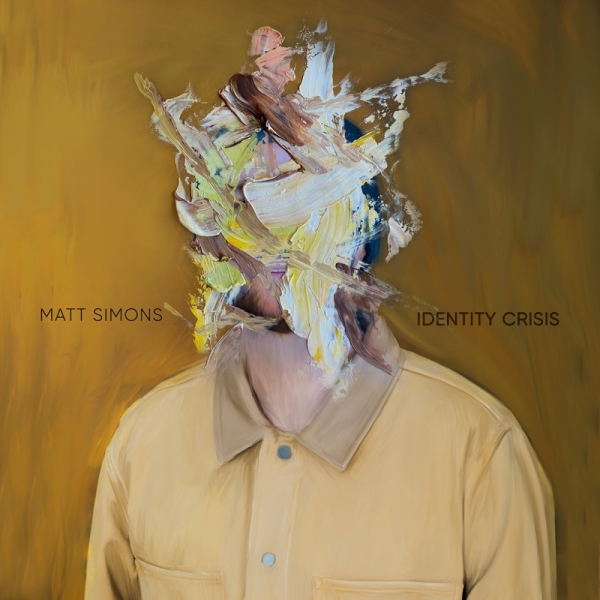 As the title suggests, Identity Crisis is a tidy parcel of introspection, outward missives in the form of love songs or breezy ballads, neatly catchy beats, and moments of soulful delivery. Simons journeys through his inner world with a road-trip soundtrack that ebbs and flows with appropriate emotion and tonal fluctuation – and enough pep to stay fun throughout.

Simons’ easily accessible storytelling is packed with small lyrical hooks, snippets of phrases that sum up the track and are then tossed around reverberating through the electro-pop soundscape. Opener “Identity Crisis” has ‘who am I without you’, the very title line of “Better Tomorrow”, even the bluesy chorus of softer moment closing duo “Always Have My Love” and “The Boxer”. The themes of the album tend to get packed into a listener’s digest while Simons explores the music.

Whether it’s summery pop vibes, a few sharp edges tossed in, or the moments when Simons slows it down, it’s always straightforward and fun. You could soundtrack an episode of Love Island with Identity Crisis, from the sunny challenge-montage-ready bouncy brass in “Too Much”, to the moody beats of “Self Control”, to the sanguine emotion of “In Case You Missed It”. The epic highs and lows of human emotion are condensed into a peachy, pleasant-sounding bubble.

There are a lot of universal truths tackled on the album – relationship challenges, letting things go when they need to, mental health, plenty of questions of difficult promises, and fluctuating self-control. However, Simons falls down because he can’t quite align the sound with the depth of his subject matter. “Better Tomorrow” is a sonic highlight, a slice of groove-infused sparkly synth that’s irresistibly slick, pulsating with danceability – but lyrically, it’s a heartfelt ode to someone to hang on until tomorrow because they’ll feel better, no matter how dark they feel right now. There’s a disparity between Simons’s messaging and his production that leaves some of what could be Identity Crisis’s strongest moments feeling disconnected.

“Too Much” strikes the perfect balance; moody, bubbly, coy and inviting. It’s suitable for the self-berating exploration of overdoing it on a night and regretting it, evoking those feelings and subtle chaos with a sneaky element of temptation. It’s a soundtrack for the kind of night it’s about, and it’s a bop. It would be great if Simons could home in on this balance a few more times, because there’s potential. For now, it remains an album of surface-level pop bops.