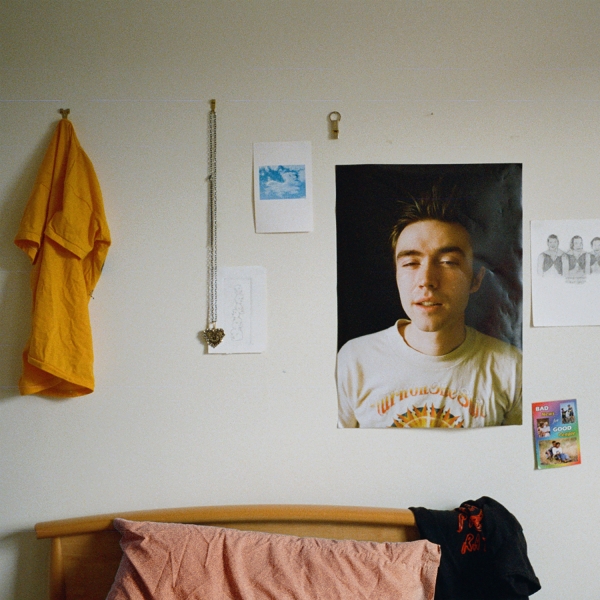 Matt Maltese is one of the UK’s best young songwriters.

Debut album Bad Contestant was suave and slick, swimming in charisma so striking that audiences assumed it was all a persona.“People would tell me that they love the character that I’m playing in my songs,” explains Maltese, perhaps why he’s adopted a more bluntly honest approach this time round. Krystal has spaces of vulnerability and quiet contemplation reminiscent of his very early work.

Krystal is heartbreak immortalised, made by an artist very much going through it. The dissection and mourning of a relationship gone awry - loneliness plays a large part in this record. Not just thematically but creatively too. Made in isolation in his South London bedroom, it was written and produced almost entirely by Maltese himself with some help by Alex Burey, Vegyn, and Tom Carmichael. “I tried to just take it as far as I could myself in my room in the moment until it got ridiculous,” Maltese reflects.

The last minute or so of title track “Krystal” is divine. Expressing a delectable sorrow, he personifies inevitable heartbreak in the character of Krystal: “dressed nice in all weather types / she will pass by at a point in your life”. The multi-layered vocals are rich and luscious while Maltese laments “I’m a mess and I’ll never love anyone else / I’m obsessed and I’ll never love anyone else.” The gorgeously reflective leading single “Curl Up And Die” is powerfully emotive, once again putting that multi-track to good use. The heartbreakingly resonant “When You Wash Your Hair” closes the record on a bittersweet note while his piano and delicate vocals reminisce on a lost love.

Krystal is an album of self-reflection and honesty. It’s a record of nuance - the floorboard creaks, sighs and first take vocals add to the feeling of intimacy. Heavier than his last offering, this is an album that sees Maltese dissect his psyche during a particularly rough time, and lay it out on a plate. Matt Maltese is an artist bursting with true musicianship and this record demonstrates the versatility that underpins his enormous talent.