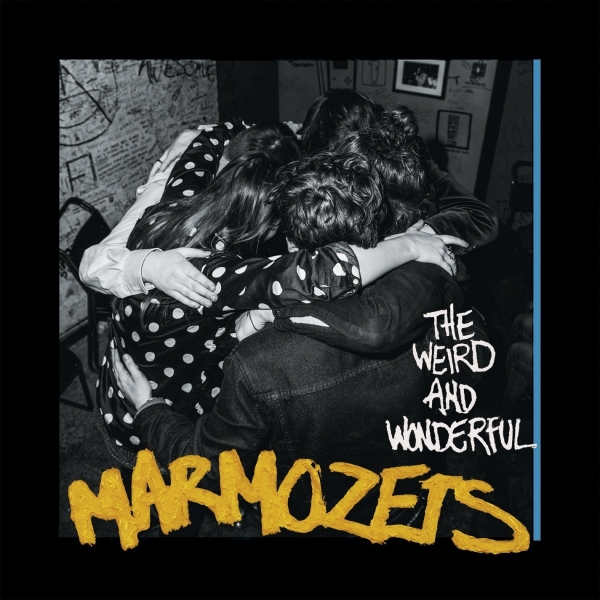 Marmozets: the name still doesn’t make a whole lot of sense. Does the subtle misspelling radically alter the meaning of the word into something only they know? Or is it a simple case of irony? For there’s nothing soft and cuddly about this robust lot from Yorkshire. Their debut is less cute little monkey, more towering monster with guitars for fangs and drums for feet – weird and wonderful indeed.

Imagine Paramore gone bad, then throw in some raw British attitude, and you’ll have a pretty good idea of what Marmozets are all about. Singer Becca Macintyre must have vocal cords of steel, snarling and growling her way through each and every syllable of every lyric.

From pure musical savagery to substantially more melodic passages, this is a record that packs its punches in all manner of ways. Second track “Why Do You Hate Me?” is the perfect exhibition of the former, Macintyre’s battle cries only amplified by the tandem guitar carnage of Jack Bottomley and her own brother Sam. “Captivate You” follows, an epic track full of rousing guitar-drum crescendos and a huge sing-along chorus: "And I will captivate you/With everything I’ve got/To bring out the best in you". Captivated, as listeners, we most certainly are.

With the attention of your stunned ears well and truly fixated on their fiery tones, Marmozets drop their first earworming atom bomb in the shape of “Is It Horrible”. Spiky and tense at first, Macintyre’s animalistic recitations power it into a sensationally addictive chorus that’s sure to hit a sweet-spot on the very surface of your eardrums. It’s catchiness of the heaviest kind.

It’s easy to see why these two pairs of siblings – Becca, Sam and (drummer) Josh Macintyre and Jack and (bassist) Will Bottomley – have already graced the likes of Glastonbury, Download and Reading and Leeds this summer gone. This record is brimming at the seams with inexorable hardcore vigour. “Particle” sees the vocal intensity climb yet another rung of the ladder, Macintyre descending into the realms of the indecipherable, letting out a vociferous roar to catch us off guard after altogether modest verses.

Modest might be an adjective you’d choose to attach to the song that follows. “Cry” is, as the title ought to suggest, something of a ballad, a certain degree of respite from the thrill ride so far. It’s about the only smidgen of down time on the album, though – the ante only skyrockets from here on in, with the possible exception of the finale, “Back To You”. The strength of Becca’s larynx is tested to the max on “Vibetech” while penultimate track "Move, Shake, Hide" unleashes a cataclysmic collision of finger-destroying strings and well and near-abused cymbals.

Although the moments of outright may terrify some fragile souls, Marmozets seem well placed to launch an assault on at least the fringes of the rock mainstream. Add a tad more polish – if they so choose – and it’s surely only a matter of time before they’re razing the main stages to the ground.