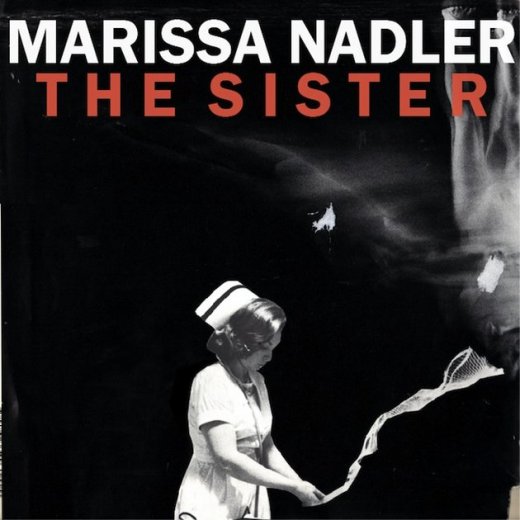 It’s been a busy few years for dream-folk singer Marissa Nadler. 2009 saw the release of the brilliant Little Hells, a record of love and loss that seemed to allow Nadler to open up and express herself in a more confident manner than before, and step out from the reverb-laden shadows of the music. Last year’s Marissa Nadler saw her clear-as-a-bell voice much more to the fore alongside her astonishing guitar playing, and she’s followed that record up with The Sister, 8 tracks of stripped-down beauty that are “subtly linked” to 2011’s self-titled record that dealt, according to Nadler, with childhood, betrayal, friendship, love and hope. While she’s left heartbreak to the side for the most part, The Sister is still a sad and uncompromising listen – but then we can’t resist our confessional song writers can we?

Nadler has stated she believes her narrator’s voice is much stronger than it has been on previous records, and this is evident from the quality of the two standout songs ‘Christine’ and ‘Constantine’; the former one of the few tracks on the album that adds a little extra to Nadler’s gorgeous and intricate finger-picked playing through an ethereal background buzz and male harmonies that perfectly complement her voice. The song itself tells of the title character’s downward spiral of self-destruction: “They found you deep inside your den/They hoped to escort you, to court you/Tut you’re firmly dying, instead/What has become of you now that you’ve fled?” Later, the gothic iciness finds the titular Christine out on the town, and Nadler pleading “get out of the nightclubs, and into the light… the sea will surround you/The sea will surround you”. It’s an ominous track, but it’s completely brilliant. ‘Constantine’ tells of a faded rock ‘n’ roll star “in his limousine/Does he recall the codeine days” with Nadler/the narrator recalling the early days of a romance before Constantine left her to join a band and escape their dead-end town. Nadler’s voice is drenched in reverb but remains the star of the show, wonderfully clear both in tone and vision.

When Nadler is on her own with just guitar and voice, as on the stark folk of ‘Apostle’, it’s hard to know what to concentrate on as the guitar playing is so mesmerising yet the story being told demands to be listened to; in this case it’s the story of a drinker battling to give up the bottle, while a chorus of Nadlers sighs mournfully over the closing refrain of “I’m holding on to you”. Opener ‘The Wrecking Ball Company’ takes the same template but adds weight through a simple drum backing, and despite the gloominess there’s a suggestion of hope that the titular wrecking ball can crack Nadler’s cemented and protected heart: “Flirted with the failed and fleeting fusion/Body after body to entice/Till you came into my sad seclusion/I laid to waste your vice and be your wife”. Okay, it doesn’t sound that cheerful, but she doesn’t shy away from presenting relationships in an honest light. ‘To A Road, Love’ is another track that reveals hoepfulness through both lyrical content and probably the sunniest musical moment on the album; however, closing track ‘Your Heart Is A Twisted Vine’ – featuring some gently keening pedal steel guitar – returns to the themes of loss with the “you” in question visiting only “once in a while”, leaving Nadler’s narrator to bittersweet reminiscences about the relationship.

The Sister is a great record for many reasons – Nadler’s voice and playing being two – but it’s the frank and realistic portrayals of relationships that makes what could have been a difficult record so engaging and easy to relate to. Singer-songwriters are ten-a-penny, but with such a true and pure voice – and astonishing musical ability – Marissa Nadler deserves to be raised and garlanded above most others.