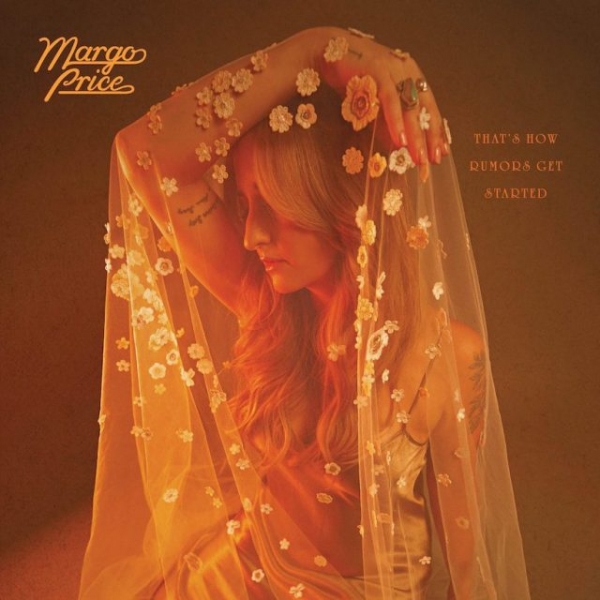 Margo Price has seen her fair share of hardship.

Her experiences read like a list that’s usually reserved for the down-and-out characters that country music artists like herself usually sing about: becoming homeless, sleeping rough, losing your child, hitting the bottle, a stint behind bars, and pawning treasured belongings for one last stab at success.

She sang about those hardships on her 2016 debut Midwest Farmer’s Daughter, giving it a true grit and winning her many a plaudit. Then, on her excellent follow-up just a year and a half later, All American Made, she took aim at gender inequality, poverty, and the President of America himself, asking how he’s able to sleep at night. It was a different Margo Price on display, one not so much concerned with sharing her own story as having her own voice heard in a genre – and a world – where women always come second.

In 2020, on her new album That’s How Rumors Get Started, Margo Price is different yet again. Her first two albums stuck closely to the country music blueprint, with an edgy twist here and a delightful flourish there, but this time around, Price has aimed to tear that blueprint up completely. And what better way to do that than calling on friend and fellow country bard Sturgill Simpson to produce your record, whose album last year, Sound & Fury, was a complete and totally electric departure from the country western sound.

His touch is felt directly on the hurtling, screeching “Heartless Mind”, and on “Twinkle Twinkle”, a scuzzy, dirty bluesy rocker. But it’s his assembly of ace session musicians for the recording of the album – whose collective credits include Iggy Pop, D’Angelo, Marvin Gaye and Tom Petty – that really help to steer Price down the new road she’s travelling. As usual, she’s co-written most of the songs with her husband Jeremy Ivey, and the masterful band subtly forms a lush, rich and dynamic backdrop, over which Price’s honeyed vocals shine. When she’s backed by the Nashville Friends Gospel Choir on ballad “Hey Child” and the boppy “Prisoner Of The Highway”, the performance becomes powerfully soulful and uplifting. And though Price’s voice is nothing but sweet and tender, you can always count on her to dish out a sobering message (“If it don’t break you, it might just make you rich / You might not get there, and on the way it’s a bitch”) or a sharp rebuke (“you’re talking out of both sides of your mouth”).

Margo Price has broken free from the shackles of country music on That’s How Rumors Get Started, pivoting effortlessly and elegantly towards a classic rock sound. There’s a whole lot more space and freedom to express herself now, and it suits her real well.