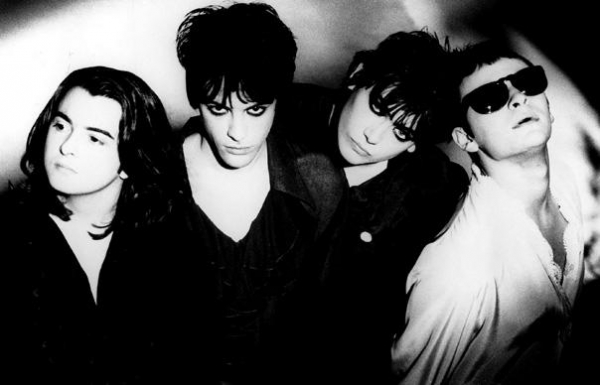 Without mercy, time and distance strip away context and impact. The potency of the Sex Pistols/Bill Grundy debacle was still something that felt significant and relateable by the time of Britpop. Some of the values of the late seventies were still lingering around in society like a bad smell and it wasn’t hard to see how such an outburst could go nationally viral. Similarly, Brett Anderson’s arse wiggling turn with Suede at the Brit Awards in 1993 achieved a playground notoriety the following day, as did Jarvis’ hijacking of Jacko’s performance at the same ceremony three years later.

But now we’re in an age where even the prospect of another earth barely makes the newspapers, where we’ve lost all faith in the reliability of traditional institutions – whether they be television, newspapers or governments - and where bands behaving badly and challenging any status quo is more about torrenting Ableton or leaking their major label début album than anything else. Hollywood A-Listers fall over themselves to be associated with the next big thing. We fetishize the new and upcoming but we’re not shocked by it anymore.

I say all of this to try and set the scene for just where Manic Street Preachers were in 1991. The web was about 18 months away from the point where band fanzines would start to trickle into crude Geocities-hosted sites and nearly a decade away from being considered a suitable tool for breaking a new band.

If it had existed then the 12 months leading up to the release of the Welsh quarter’s début Generation Terrorists would have seen them occupying a space familiar to any fan of contemporary new music. They were, for all intents and purposes, the first major buzz band of the 90s (Birdland don’t count).

Take the cultish elements of Blessing Force and the iconography of WU LYF,  combine it with the live reputation that Savages have been rightfully coasting on recently and you’re half way there there to understanding.

Not since Malcolm McLaren’s machinations with Lydon et al had a band so consciously been fitted together from the constituent parts of rock and roll – but they were arguably first to do it from within. There was no svengali guiding the band, no management company pulling the strings. These were four kids growing up on rock and roll myths and a thirst for education. Anyone who knows them only as they are now – a left-of-centre, not-quite-establishment indie rock band with “that guitar player who disappeared” – would be surprised by the band they once were. Losing your best friend and a core part of your musical evolution changes you (just ask New Order) indelibly.

It’s fair to say that Generation Terrorists was a highly anticipated record by both the music press and the hardcore of fans that the band picked up very early on (a handful of  fanzines were already in regular circulation well before its release and clones of still-missing guitarist and lyricist Richey Edwards were dotting the early-doors queue at most shows).

The four young Welsh boys were fresh faced, barely into their twenties and had just signed to Sony. They’d originally caught the ear of Steven Wells at the NME with their first single ‘Suicide Alley’, accompanied by a letter which began “We are the suicide of the non-generation.” Espousing a pre-emo nihilism, they wore blouses spray-painted with slogans ripped from the situationists, quoted Nietzche alongside Chuck D, Sylvia Plath alongside Slash. This wasn’t just another band.

What was particularly unique was the space they occupied in relation to everyone else: more in common lyrically with the likes of late 80′s left-wing indie – in particular, the pre-Sterolab incarnation McCarthy. Yet musically they were some way between early Clash and Guns N Roses – and yet they weren’t really a rock band. An awkward appearance supporting Bon Jovi two years later at Milton Keynes Bowl would attest to this. They were too self-aware – hell, just too damn clever – to be something that the average fan of Use Your Illusion or Metallica’s Black Album would buy into. This was literate music for the angsty, for a generation of music fans who – like the band – wanted an injection of smart alongside the rock n roll myth.

And then there was Richey Edwards and the arm-cutting incident.

In May of 91, the band’s tortured lyricist and sometime guitar player carved the words ’4 Real’ into his arm during an NME interview with Steve Lamacq, during a question about the band’s authenticity. Self-harm wasn’t something most people were aware of twenty years ago. It certainly wasn’t something taken seriously by society at that time and the event – although shocking – was reduced to either as a cool-as-fuck rock gesture that backed-up their entire agenda or a desperate publicity stunt. It’s interesting to note that at no point was any coverage centred upon the mental state of Edwards (and there’s an entire thesis to be written on self-harm and its perception in music from the seventies to the present day).

The 4 Real event mobilised the band into a new place. They became semi-regular tabloid fixtures, with The Sun, Star and Mirror pushing any angle they could for a story (even writing up a piece on drummer Sean’s supposed fruit-machine addiction). They racked up NME and Melody Maker front covers with instantly quotable interview copy – yet they were relatively isolated in both evolution and execution. Refusing to be part of any particular scene, they didn’t hang out with other bands. And their manifesto was anything but consistent, justified with the caveat “we are the only band who reserve the right to contradict ourselves”.

With every move, greater pressure was piled onto that all important début to deliver. It would, they claimed, be a double album that would sell six million copies, just like Appetite for Destruction. That done, they’d split up. It was an utterly ridiculous proposition but was as alluring as it was fallible, especially at at time when the Tory hold over Britain had well and truly set in (the first Gulf was had just ended and Blair wouldn’t come to power for another five years) and the new decade suddenly seemed to feel pretty much the same as the last one.

The record was released in February 1992 and reception was predictably muted. Their ambition was praised, the album’s length was criticised but several strong singles (six top forty tracks would eventually clock up) meant people sat up and took notice. Most of all, it was just such a unique undertaking. The album distilled the essence of forty years of rock n roll – flabby failure and strident heroism alike – into its 18 tracks. With an commercial sheen from Steve Brown, the man who produced The Cult’s ‘She Sells Sanctuary‘, the album revelled in the ludicrous: a remix by Public Enemy, a duet with ex-porn star Traci Lords, samples ripped from A Streetcar Named Desire (later removed), poetic interludes by (bassist and lyricist) Nicky Wire’s brother Patrick Jones, a cover of an obscure song by a fictional band in a b-movie and a six minute closing track with the refrain “you’re just a motherfucker”.

It was – and remains – confused, idealistic, fun and a failure on many levels. So is it really worth of a reissue that not only remasters the record but adds up to three discs worth of new content, a double vinyl and a 10 inch?

As with previous reissues of the Manics’ later records (Everything Must Go and The Holy Bible), care and attention to detail is paramount here. Culture, Alienation, Boredom and Despair, a film-length documentary, acts as an effective liner notes for most of the additional material – tracks which taken alone aren’t particularly illuminating. Multiple, scratchy early takes of many of the album’s tracks illustrate the band’s evolution in their first two years (more primative Clash comparisons will abound) but a cohesive picture of just how the final product emerged  is vividly created when taken alongside the film.Seeing the band reminisce over often conflicting memories of shared experiences is both funny and poignant. At times they almost seem amused at the attention such a reissue is giving to the record, which they’re grounded about in retrospect. The contributions of producer Steve Brown are significant too and viewers will do well to note what is both said and unsaid in both parties recollections of the making of the record.

Many of the demos complied for the bonus material have been floating around on bootlegs since 92 but they’re cleaned up here and there’s a few more that haven’t ever been aired. It’s a brave move releasing them but the visual content is really what matters here, doing an top notch job of contextualising their part in the early 90s music scene. A number of BBC interviews from the much missed Rapido and Snub TV - shining beacons of visibility for under-represented music on mainstream television back then – liberated from bad VHS rips on YouTube for the first time and show the young band at their most confrontational (and beautifully naive).

If we’re to be ruthless, one might reduce the album’s legacy to ‘Motorcycle Emptiness’ – one of a handful of songs they’ll be remembered for in another two decades – but Generation Terrorists is an important record because it represents one of the final musical gasps of the eighties in all its pomposity, excess and gesturing – which the album both embraced and subverted.

The band that came after this went to a darker place, which began to manifest on follow up Gold Against the Soul and flourished on The Holy Bible, arguably their master work, before things took a more tragic turn. But they did something many never get to do: they made the bloated, stadium rock record that you dream of when you first pick up a guitar and they did it their way. They remain a band with a fascinating story, resolutely uncompromising to the end.