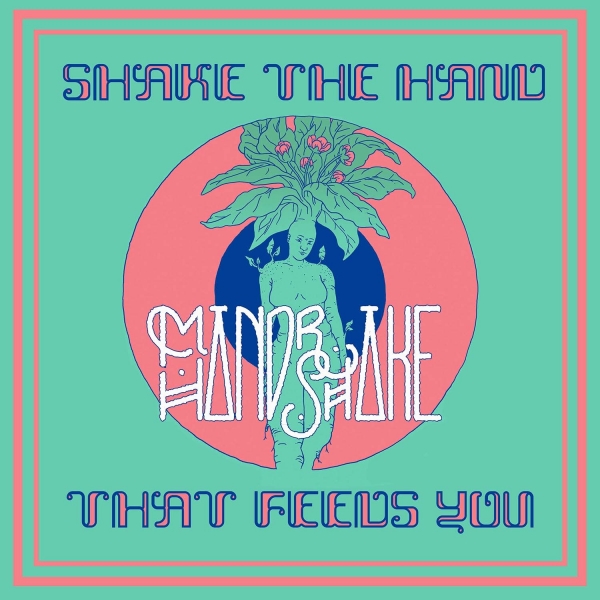 Nine-piece Oxford psychedelic collective Mandrake Handshake (including not one but two tambourine players) are here to make a statement with their debut EP Shake The Hand That Feeds You.

The group's origins stem from multi-instrumentalist Row Janjuah’s attendance of a Brian Jonestown Massacre gig (coinciding with the inspiration for the band’s name). Turning the project from a dream into a double-digit leaning collective reality, in sheer size, Mandrake Handshake are a indeed force to be reckoned with.

Indeed, Shake The Hand That Feeds You demonstrates the group’s ability to dig deep into a variety of sounds. Of its four tracks, it is clear why “Mandragora” kicks things off, as it sets the tone of who Mandrake Handshake are, and want to yet still be. Trippy, urgent and psychedelic, it has a real ‘70s feel and transforms into a more upbeat yet still retro sound.

Trinity Oksana’s vocals are as silky as they flow effortlessly, hazily referencing the band’s name within the lyrics (“Shake the hand of the mandrake / Shake her hand”). Later, in “Eclogue 11”, Oksana’s vocals become more powerful as she showcases her range on Mandrake’s call for environmental conservation.

“Gonkulator” is joyful and hypnotic dose of psychedelic-pop, while “Monolith” is original in its usage of Eastern influences, and the ethereal too.

Shake The Hand That Feeds is undoubtedly a solid listen. Each track is enjoyable in its own unique, cascading way, but the result is not super memorable. It’s no doubt that the collective are highly creative, talented and experimental. It’ll certainly be interesting to see what Mandrake Handshake create next.