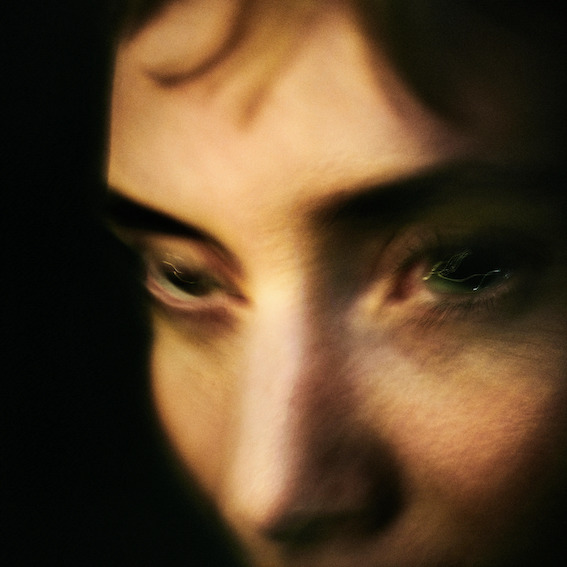 Lykke Li has loosened her grip on pop and allowed herself to create a piece of art that goes where she goes and feels what she feels. It’s refreshing to be able to focus on the expressiveness of her voice, free from digital edits and sounds.

EYEYE is an undeniably sad album, much akin to 2018's so sad so sexy, but this time there’s no contrasting melody to balance out her sombre honesty; so the melancholy is allowed to forge ahead uninterrupted.

The album is beautifully unrushed, and although there’s not much diversity in the songs, it’s an album that explores new edges of the same square. “HIGHWAY TO YOUR HEART” is the first song that feels universal, lifting us up just a little with its splashy, starry descending synths and repeating lyrics; “Spun around your side for so long / Thought maybe time would catch on”. “HAPPY HURTS” on the other hand is so depressing that it’s funereal, and has a Rye-like indie ballad feel to it. The album ends with a possibility of escape in “ü&i”, exploring the last stages of the first stage of grief, while keeping it clear that we’re definitely still in it.

The audio-visual aspect makes so much sense. With its metamorphosing and emotional videos shot on 16mm by Edu Grau and directed by Theo Lindquis, we are able to see, as well as hear, the painful loop of addiction and love; “I’m not over you.” In the music videos, the choreography is poignantly unsure if it’s a dance routine or scene of domestic abuse, as we watch the protagonist follow her past, whilst trying to run away from it. Regardless of whether it represents a universal sadness or Lykke’s own, it’s emotional and intimate, almost triggering, or at least cathartic, for anyone who’s not on good terms with their ex (so that makes most of us, right?)

EYEYE feels like a piece of magician’s silk that just keeps going and going, but it’s still the same piece of silk. Unlike Wounded Rhymes, this is not an album to put on at a party, but if you’re going through any kind of heartbreak, plug yourself into this immersive and impressive album and let it all out. Lykke Li has put her heart, or whatever pieces of it she can pick up off the floor, into this album, so it’s just about too poignant to be a fully-fledged break-up album.