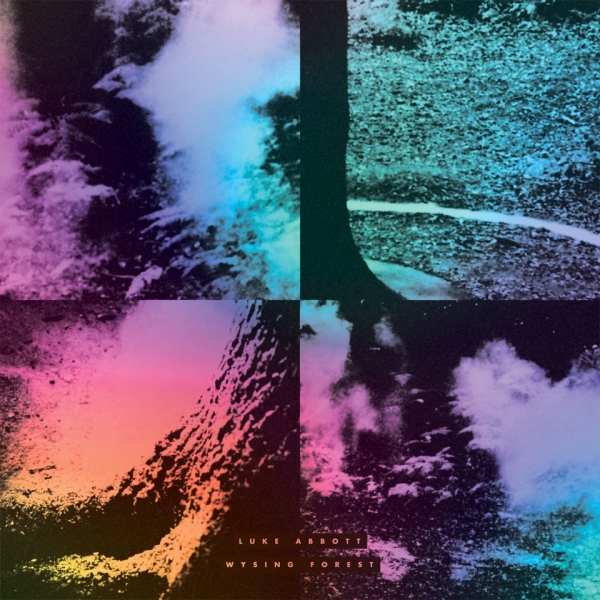 It’s rare to have the opportunity to sit down with an artist before reviewing their new record. But in advance of the release of Wysing Forest by Luke Abbott, that’s exactly what I was lucky enough to be able to do. We talked through the recording process and what his intentions (or rather, lack of) had been when writing for his long-awaited new album.

During our meandering conversation, Luke explained, “I got intrigued by this idea of dance music because it offers a very straight forward blueprint which is totally open to being subverted”. This sentiment makes a lot of sense in regards to Abbott’s 2010 full-length debut Holkham Drones, which combined left-field techno and kraut-infused electro with psychedelic, filtered beats and slow-evolving synths to impressive effect. It was dance music in the loosest possible sense, less music for the dance floor, more suited to a dark room with headphones and solitary reflections - dance music in essence, but subverted beyond recognition.

Wysing Forest is a different beast entirely. Where Holkham Drones had its foundations in conventional dance music, Wysing… has its roots in something more otherworldly. Recorded entirely as live improvisations by Abbot during a six week residency at Wysing Arts Centre in December 2012, filtering these performances and ordering them into one cohesive record was by far the most time-consuming task in the recording process. The end result is satisfyingly fluid, meandering gently from track to track without jarring the listener from the state of hypnosis this music must surely induce.

The track breaks themselves are entirely arbitrary. The moments of silence are few and far between as album opener “Two Degrees” flows seamlessly into the bouncing synth chirrups of “Amphis”, which in turn drops into the pulsating white noise of “Unfurling”. This fluidity is aided perhaps by the sparsity of the beats across the record as a whole. In fact it’s the synths that often provide the only sense of rhythm, perhaps best exemplified as the gentle drone that opens “Tree Spirit” fades into abrasive synth stabs, sharply contrasting the preceding minutes of music. .

Whilst perhaps not as immediately engaging as his previous works, Wysing… is striking predominantly as a brave body of work for Luke Abbott. His music has never been conventionally commercial but the success of left-field electronic artists such as Jon Hopkins, Mount Kimbie and even Border Communities label-owner, James Holden, in recent years has held with it the promise that genuinely exciting electronic artists can brush with mainstream culture with very little compromise.

With this album, Abbott has seemingly shunned that path, choosing instead to produce something blissfully loose of any conventional structure. The resulting record positions Abbott instead alongside analogue exponents Boards Of Canada or artists for whom improvisation is key such as Nils Frahm and Olafur Arnolds.

Towards the end of our conversation, Abbott openly admitted the driving force behind his music is not mass consensus but rather “the one person at the back of the room who’s thinking “fuck all these people, that was wicked!”” That sums up Wysing… perfectly. It won’t be for everyone, the lack of repetitive beats or conventional structures perhaps a bridge too far even for fans of more experimental electronic music, but for those that do connect with the concept of this album as a whole and allow themselves to become immersed in Abbott’s analogue world, Wysing… is as beguiling and intriguing as any record released this year.