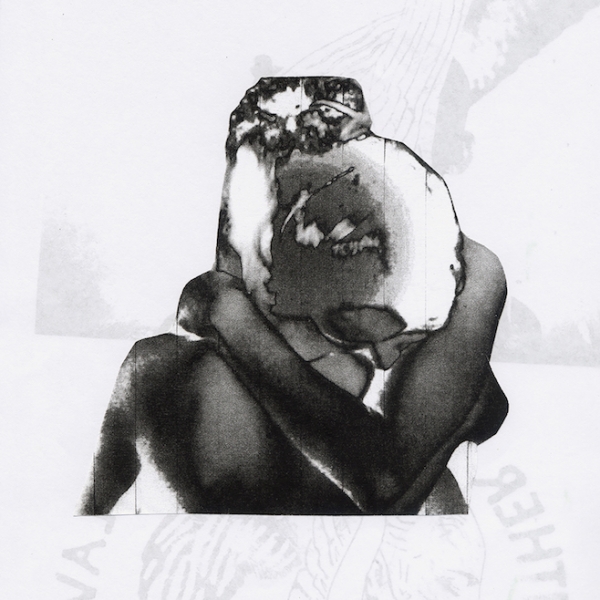 With Spiritual Songs For Lovers To Sing, the two-piece LUH. - comprised of Ebony Hoorn and Ellery James Roberts - have created a beautiful and graceful behemoth.

The record, undeniably, sounds colossal. Its sonic size, musculature and power are evident from the very onset. Drums drenched in reverb; Roberts’ raw, primal howl; and layers of dense production, courtesy of Bobby Krlic (a.k.a. The Haxan Cloak) act as the Herculean appendages of their daunting, neo-industrial creation. Yet on closer examination of their beast, there is also sheer beauty to be found. Hoorn’s sultry vocals; swirling, gossamer textures; and grand orchestral arrangements tirelessly interact with the record’s musculature to develop and bring to life the exquisite and anthemic anatomy of Spiritual Songs For Lovers To Sing.

Although the record’s colossal stature is immediately evident to the listener, its beauty unfurls subtly over repeated listens. Admittedly, re-visiting LUH’s debut record proved to be a daunting affair, laced with mild trepidation after a confusing first listen. Much of this lies down to Krlic’s dense, maximal approach to the record’s production, with the record’s epic centrepiece “$oro” epitomising the startling density the listener is initially confronted with. With vocals saturated in auto-tune and a Gabber(!!!) coda, “$oro” accosts the auditory canal rendering the listener, frankly, dumbfounded upon first listen. “$oro” however hides shimmering, emotive synthesisers within its thick hue that over time transform the petrifying Gabber coda into an exhilarating affair. “$oro” characterises the necessity to revisit Spiritual Songs For Lovers To Sing and experience the record’s rewarding nature.

Whilst most obvious on Spiritual Songs For Lovers To Sing’s more bombastic moments (“$oro”; “Beneath The Concrete”; and “Lost Under Heaven”), Krlic’s dense and claustrophobic production is found throughout much of LUH’s debut. The brooding, Hoorn led, “Future Blues”, for example, ripples with sub-bass beneath gentle guitar strums. Although claustrophobic, Krlic’s production is vitally never suffocating because of an astute focus on the equilibrium between power and beauty.

“Unites”, the track, which first introduced LUH (rather than Roberts as a solo artist) to the world in 2014, showcases this breathtaking equilibrium. Concealed amongst its reworked crescendo of industrial clangs, thunderous snare cracks and swirling guitars lies gorgeous melody that frames an affecting, oxymoronic tale of the pure, intangible connection two humans can share regardless of differences. “Unites” revels in the idea that in love there is a unifying experience, which allows for a brilliant balance that nurtures collaboration, learning and experience (“And as I lay dying / you taught me to live / And with life I was selfish / You taught me to give”).

“Unites” is only one example on Spiritual Songs For Lovers To Sing, where beauty and chaotic power intertwine with balletic poise. The anthemic, “Beneath The Concrete” places tribal drumming and menacing instrumentation alongside glistening synthesisers. Likewise, the rousing “I&I” is a cinematic tapestry of call-and-response vocals, sub-bass, orchestral arrangements, plaintive pianos and shards of noise.

The production and, particularly, arrangements found on LUH’s debut aid them in their quest for the anthemic. With much of Hoorn and Roberts’ song-writing trajectory aimed directly at the stratosphere, the record’s widescreen arrangements provide an appropriate grandeur, catapulting the pair skywards. “First Eye To The New Sky”’s calls of, “lose yourself in ecstasy” are rightfully slathered with echo and reverb. Likewise, “Lament”’s defiant mantra, “to the powers of old / to the powers that be / you fucked up this world / but you can’t fuck with me” is again enveloped with an appropriate loftiness. Furthermore, the arrangements found on “Someday Come” and “Here Our Moment Ends” match Roberts’ longing howls and thus succeed in providing the sought after emotional payoff.

When the proverbial dust does settle on Spiritual Songs For Lovers To Sing’s grander moments, the record continually excites with a selection of excellent, introspective ballads. The gorgeous “Loyalty”, for example, with its cheerful cellos and marching drums, is a bona fide highlight of LUH's debut record. “Loyalty”, furthermore, highlights one of Spiritual Songs For Lovers To Sing’s greatest strengths - an electrifying and tangible chemistry between Hoorn and Roberts (fuelled by their real-life romance). From their vocal interplay (“I&I”; “Someday Come”; and “First Eye To The New Sky”), to self-referential lyrics and Roberts’ primal encouragement of Hoorn on “Lost Under Heaven”, their micro-tales of escapism and new world defiance are sung in such a way that casts the listener as a voyeur to two lovers serenading one another on the eve of the apocalypse.

Spiritual Songs For Lovers To Sing is undoubtedly an ambitious debut effort. LUH’s ambition breathes life into much of the record, with only its brash pseudo-political statements and the oddly positioned acoustic, “The Great Longing” failing to match its scope. There will most likely be some who will accuse LUH’s debut record of falling foul of over-production - “Lament”’s re-worked (and slightly overbearing) jagged snares, for example, may be evidence of this. For the most part however, the record succeeds at using its production techniques to bolster the stirring songwriting on display rather than acting as an unnecessary commodity. In turn, the behemoth LUH have created stands proudly on the post-millennial musical landscape, ready to exhibit its wonders to all.