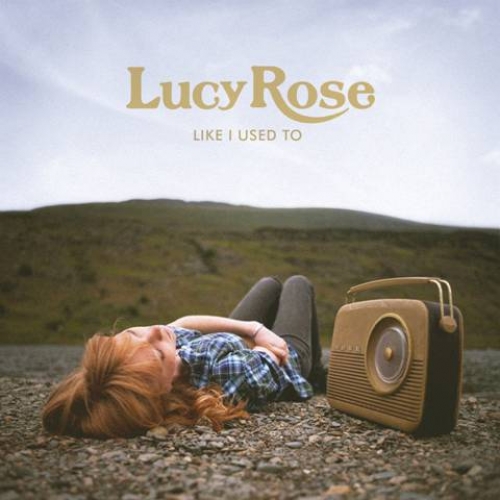 Young, photogenic and possessing both a significant fanbase built through touring and the backing of a major label, Lucy Rose would seem to have reason enough to feel confident in the run up to the release of her début. Oddly, though, the singer-songwriter has made some defensive noises in her interviews of late. Her haste to state that she is neither “just a girl with a guitar singing about how she feels” nor reliant on love songs is strange given that Like I Used To is, err, an album of love songs about feelings, by a girl. With a guitar, even. But Rose can rest easy – while her record is much closer to established models than she would have us believe, it remains a solid effort which stands up well on its own.

In truth, Rose has been on the steadiest of trajectories for a while now. The oft-repeated facts are that she has been gigging for five years and that her tender tones graced the Bombay Bicycle Club records Flaws and A Different Kind of Fix. The bulk of the songs here have themselves been around for some time, adding to the sense that Like I Used To is the inevitable progression of Rose’s development as opposed to some sharp jab out of the musical leftfield. Indeed, these eleven songs are exactly the cache of fairly conventional but slick and heartfelt folk-pop that anyone would have expected. No boundaries were harmed in the making of these songs, we can be sure, but at the same time no-one who has heard Rose’s name can come away disappointed.

True to form, Rose’s vocals and guitar work are at the heart of the album and dominate the sparser songs which serve to break up the more pop-oriented numbers. The latter are where Rose breaks away from the female folk pack, especially on deserving singles ‘Lines’ and ‘Bikes’.

Like I Used To is sometimes more comfortable where it could have been daring, and consistent where it might have been inspiring. While she’s not quite ready to push the envelope yet, the record consolidates Rose’s successes so far and will keep her legions of fans very, very happy.